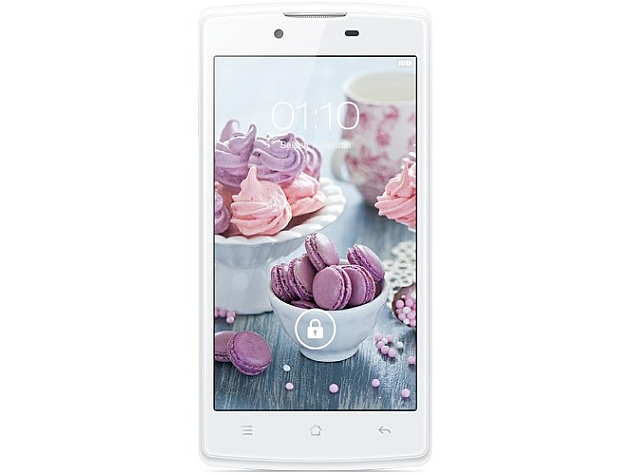 The recently spotted teaser for Oppo's budget smartphone, Oppo Neo, has been followed by an official launch by the Chinese firm's Indonesian branch. The Oppo Neo handset is listed for IDR 2,599,000 (roughly Rs. 13,000). However, the company did not reveal when this budget handset will reach other markets.

Announced via a Twitter post, the Oppo Neo comes in both single and dual-SIM variants and features its own Oppo ColorOS skin on top of Android 4.2 Jelly Bean. As stated in the smartphone's previous teaser, the Oppo Neo boasts a 4.5-inch IPS LCD display, which is able to detect touch senses even when the user operates while wearing gloves. The screen features a low 854 x 480 pixel resolution paired with a pixel density of 217ppi.

The Neo is powered by a 1.3GHz dual-core CPU, but with an unspecified processor architecture and RAM. The camera options included are a 5-megapixel rear shooter and a 2 megapixel front-facing camera for video calling. From the specifications provided, the Oppo Neo seems to miss out on an LED flash.

Oppo Neo's built-in storage capacity, presence of expandable storage, and connectivity options are not known at this point. The smartphone features a 1900mAh battery, but backup time has not been detailed. The smartphone measures 132 x 65.8 x 9.2mm, and weighs 130 grams.

The company also mentioned the Oppo Neo's "Quick Reach" feature which includes gesture-based movements by the user triggering other features on the smartphone. Gloves Mode for use of touchscreen with gloves, and a Smart Dual-SIM features were also mentioned. The Oppo Neo smartphone will arrive in two colour variants - Black and White