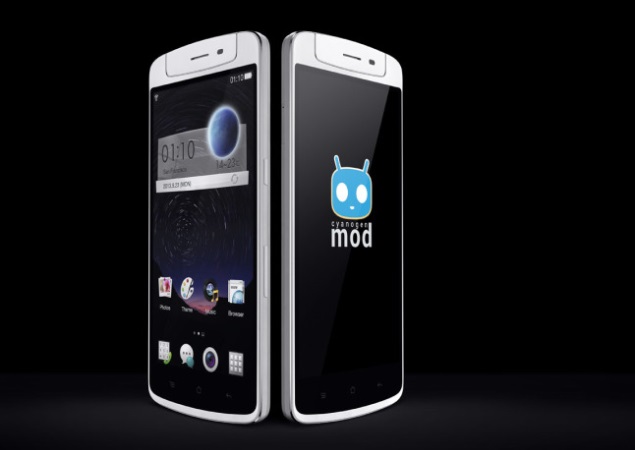 Oppo has launched its latest flagship smartphone, the N1, which is the first smartphone from the company's N-Lens series.

The company notes that it is planning to work with Google to release a stock Android version of its flagship smartphone. This hints that the Chinese manufacturer wants to extend its reach beyond the Chinese boundaries.

Oppo N1 comes with support for running CyanogenMod OS, which is an open operating system based on Android 4.3 and developed by Cyanogen Inc. The company notes that international variants of the Oppo N1 will run ColorOS, and will also have the ability to flash CyanogenMod directly from stock recovery. However, the company has not detailed the procedure to switch over to CyanogenMod.

Specifications on the Oppo N1 include a 5.9-inch full-HD (1080p) IPS display with 1080x1920 pixels resolution and 377ppi pixel density, 1.7GHz quad-core Qualcomm Snapdragon 600 processor, 2GB of RAM, 16 and 32GB of inbuilt storage, 13-megapixel sensor with dual LED flash and a 3610mAh battery. The device runs ColorOS which is Oppo's proprietary OS based on Android 4.2 Jelly Bean out of the box.

One of the highlights of the Oppo N1 is its camera which comes with rotating capabilities and can rotate up to 206 degrees and can lock at any angle.