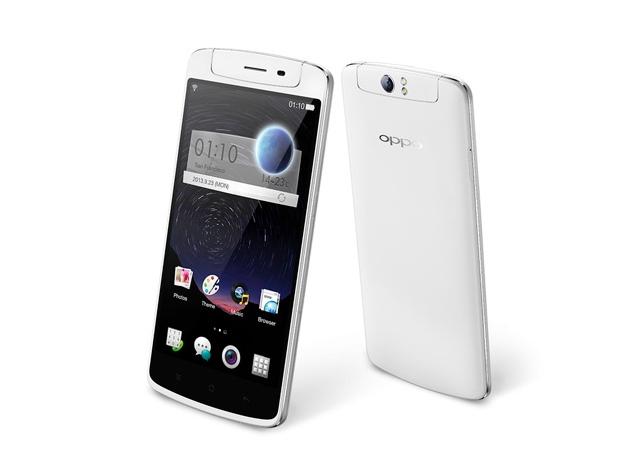 To recall, the Oppo N1 smartphone was launched in January this year. The Oppo N1 runs Color UI which is Oppo's proprietary OS based on Android 4.2 Jelly Bean out-of-the-box. Specifications on the Oppo N1 include a 5.9-inch full-HD (1080p) IPS display with 1080x1920 pixels resolution and 377ppi pixel density, 1.7GHz quad-core Qualcomm Snapdragon 600 processor, 2GB of RAM, and 16GB and 32GB of inbuilt storage. Known for one of its iconic rotating camera, the Oppo N1 sports a 13-megapixel camera sensor with dual-LED flash.

The Oppo R1 is comparatively new in the line of Oppo smartphones, and was launched in April this year. Some of the key specifications of the Oppo R1 smartphone include Android 4.2 Jelly Bean, a 5-inch 720x1280 pixel resolution display with Corning Gorilla Glass 3 protection, 1.3GHz quad-core MediaTek MT6582 processor, 1GB of RAM, 8-megapixel rear camera with LED flash, 5-megapixel front-facing camera, 16GB of inbuilt storage, and a 2410mAh battery.

It is worth noting that the Oppo Find 7, which came out earlier this month for Rs. 37,990, will be available for users in early July. Some of the notable features of Find 7 include a 5.5-inch display with a 1440x2560 pixels resolution and 538ppi pixel density; Android 4.3 Jelly Bean; 2.5GHz quad-core Snapdragon 801 (MSM8974AC) processor; 3GB of RAM; 32GB of inbuilt storage with expandable storage support; a 13-megapixel rear camera; a 5-megapixel front-facing camera, and a 3000mAh battery.