Oppo K7x Spotted on Online Retailer Just Ahead of Launch, Seen in White and Blue Colours

Oppo K7x is visible in the renders with a punch-hole display in the front. 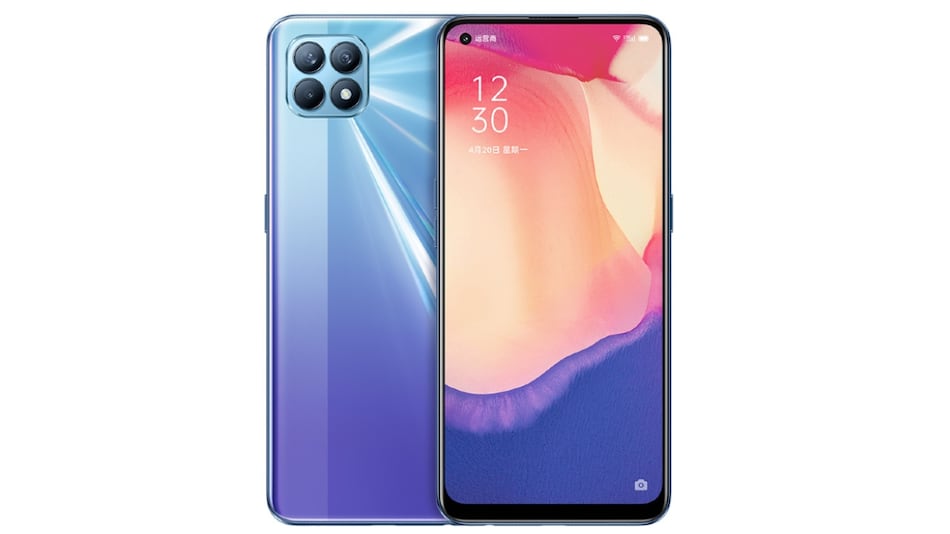 Oppo K7x is set to be launched in China tomorrow, November 4

Oppo K7x has appeared on a Chinese e-commerce platform a day before its launch. Renders of the upcoming smartphone have been revealed through the listing, where the front and rear design of the Oppo K7x is visible. The smartphone appears in gradient white and gradient blue colours, although it is possible that it will be offered in more colour options. The listing also confirms some specifications of the Oppo K7x.

A listing on e-commerce platform Suning.com says that reservation of the Oppo K7x will begin on November 4, which is when the smartphone is slated to be launched. As per the listing, this will begin at 10am local time (7:30am IST).

Oppo K7x is visible in the renders with a punch-hole display in the front. The backside of the phone features a square-shaped camera module with three lenses and an LED flash. As mentioned, it is visible on the e-commerce site in gradient white and gradient blue colours. The listing says that the model has 128GB on board storage, but previous reports have said that it will be available in more storage configurations as well.

The upcoming Oppo smartphone will be launched in China on November 4 ahead of the Double Eleven sale — a local shopping festival that takes place on November 11 and is popularly known as Singles' Day.

Certain specifications of the Oppo K7x have also been confirmed by the listing. The smartphone will run on Android 10-based OS, It will have Nano-SIM card support and offer 5G connectivity. Oppo K7x will have a 3.5mm headphone jack and a Type-C charging interface, although it will not support wireless charging, as per the listing.

A teaser by the company had recently revealed that the smartphone will have a 90Hz display refresh rate and a 180Hz touch sampling rate. A Geekbench database listing, meanwhile, shows that the Oppo K7x will have an octa-core MediaTek Dimensity 720 SoC under the hood. The smartphone scored 511 in Geekbench's single-core test and 1,644 in the multi-core test.

As per earlier reports, the upcoming Oppo phone features a 6.5-inch full-HD+ (1,080x2,400 pixels) display. A TENAA listing suggests that it will be offered in 64GB, 128GB, and 256GB storage configurations. The listing also says that Oppo K7x will have a quad rear camera setup featuring a 48-megapixel primary sensor and a 16-megapixel camera in the front. The smartphone is expected to pack a 4,910mAh battery. It is will measure 162.2x75.1x9.1mm and weigh 194 grams.