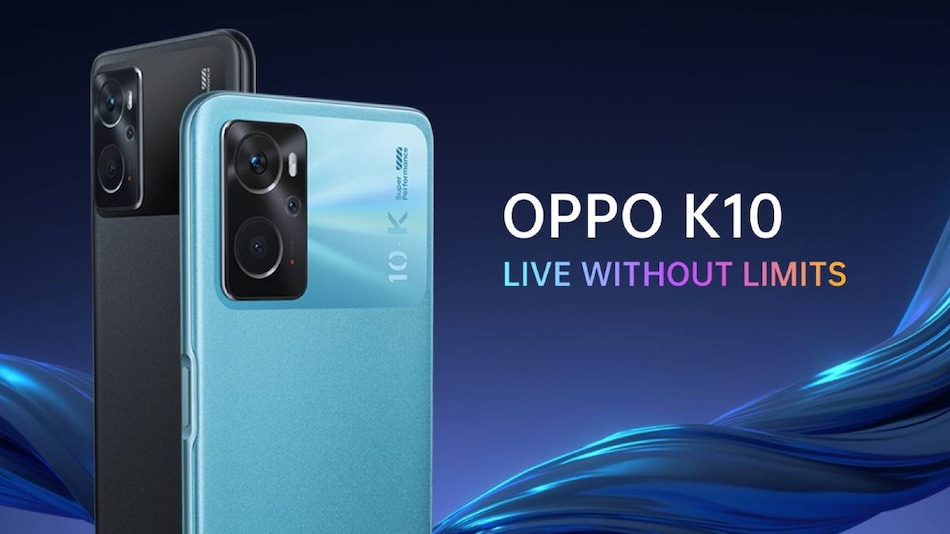 Oppo K10 will feature a 16-megapixel selfie camera, according to the company

Oppo K10 specifications have been shared by a tipster, giving us an idea of what to expect from the upcoming smartphone. The Chinese company recently confirmed that the Oppo K10 will launch on March 23. Oppo has also teased some of the specifications of the handset, revealing that it will be powered by a Snapdragon 680 SoC and feature a triple camera setup along with a hole-punch display design. The company's upcoming Oppo Enco Air 2 TWS earphones will also launch on March 23, alongside the upcoming Oppo K10 handset.

Oppo K10 price in India is said to be under the Rs. 20,000-price point, according to previous reports. Oppo is yet to reveal the exact sale price of the smartphone. The Oppo K10 is scheduled to debut in India on March 23, and will go on sale starting March 29, according to the company.

According to a report by 91Mobiles, citing tipster Yogesh Brar (@heyitsyogesh), the upcoming Oppo K10 handset will run on Android 11 with ColorOS 11.1 on top. It could sport a 6.5-inch full-HD (1,080x1920 pixels) LCD display with 90Hz refresh rate. The smartphone will be powered by a 6nm Snapdragon 680 SoC, paired with 6GB of RAM and 128GB of storage, according to the report. Oppo's microsite for the smartphone reveals that it will support expandable storage via microSD card, along with the ability to extend its inbuilt RAM using unutilised storage.

Oppo's microsite for the upcoming smartphone states that it will feature a triple camera setup, highlighted by a 50-megapixel primary camera, along with a 16-megapixel AI selfie camera. According to the report, the 50-megapixel primary camera will be accompanied by 2-megapixel depth and 2-megapixel macro cameras. The handset is tipped to feature a 5,000mAh battery with support for 33W fast charging, and will sport a side-mounted fingerprint sensor for biometric authentication, according to the report.