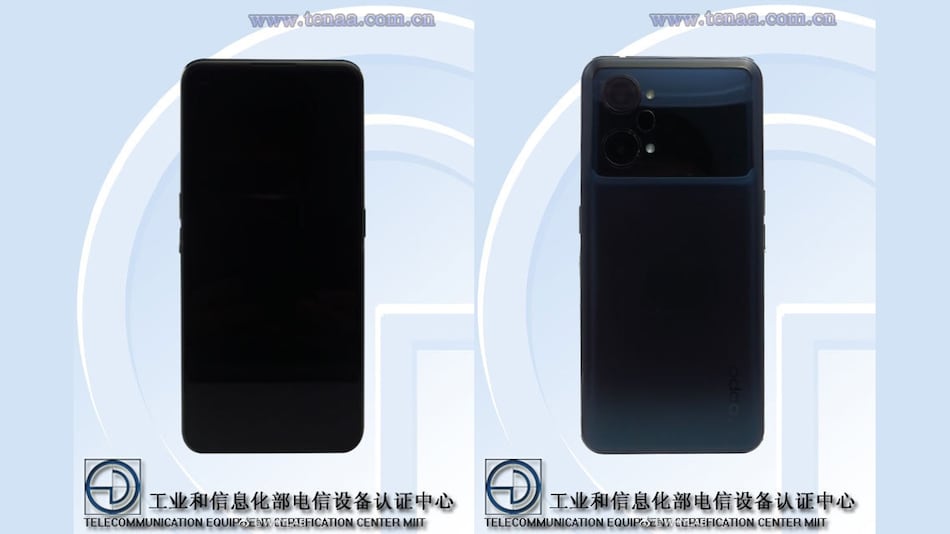 Oppo appears to be working on another K10-series smartphone after it recently released the vanilla Oppo K10 in March. An alleged handset with the model number PGIM10 has been spotted on China's TENAA certification website, which is expected to be the rumoured Oppo K10 Pro. As per the listing, it could be powered by a Qualcomm Snapdragon 888 SoC. The handset is said to be fitted with a 4,880mAh dual-cell battery that is listed to offer up to 80W fast charging support.

The alleged TENAA listing was spotted by tipster WHYLAB, who shared the information on Weibo. It includes the specifications of a 5G smartphone with the model number PGIM10, which is believed to belong to the Oppo K10 Pro. Oppo is yet to share any official information regarding this handset.

The Oppo K10 Pro is supposed to feature a 6.62-inch Samsung E4 AMOLED display with a full-HD+ (2,400x1,080 pixels) display, 120Hz refresh rate, and a 20:9 aspect ratio. At the front, there could be a hole-punch cutout and an under-screen fingerprint sensor as well. The handset could pack a Qualcomm Snapdragon 888 SoC, paired with the Adreno 660 GPU. It is expected to offer 8GB and 12GB of RAM with 128GB and 256GB of onboard storage. The smartphone is tipped to feature a 4,880mAh dual-cell battery which can offer support for 80W fast charging.

In terms of optics, the phone may sport a triple rear camera setup, headlined by a 50-megapixel Sony IMX766 sensor, along with an 8-megapixel ultra-wide and a 2-megapixel secondary sensor. A 16-megapixel selfie camera is also expected. The handset is expected to measure 162.7×75.7×8.68mm and weigh around 196g. The Oppo K10 Pro is said to sport a plastic frame with an AG glass back cover. It could be launched in three colour options — Blue, Black, and White.