The Oppo foldable smartphone could feature an 8-inch LTPO display, according to a tipster. 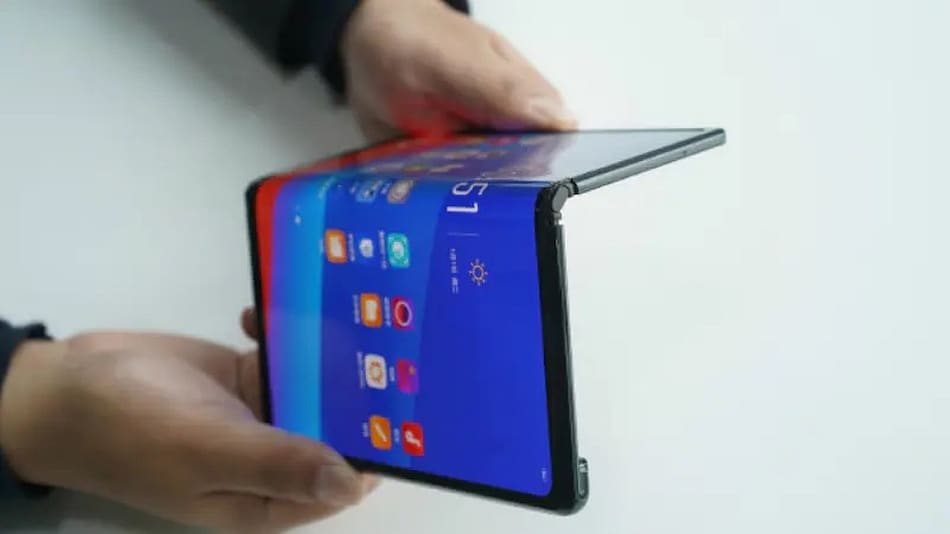 Oppo's foldable smartphone, which has reportedly been in the works for some time, could feature an inward-folding display resembling the popular foldable smartphones from Samsung and Huawei, according to new details shared by a tipster. The smartphone is also expected to feature an 8-inch LTPO display with a 120Hz refresh rate and a curved cover screen with a 60Hz refresh rate, along with a 50-megapixel triple camera setup and a 32-megapixel selfie camera. The phone is expected to ship with a Snapdragon 888 SoC under the hood.

The company's first foldable smartphone could sport an inward-facing design, resembling popular foldable handsets like the Samsung Galaxy Z Fold 3 and the Huawei Mate X2, according to two separate posts on Weibo by tipster Digital Chat Station first spotted by Sparrow News. The tipster mentions the name Oppo Find N 5G, but the company is yet to officially reveal any information regarding this smartphone.

Oppo's foldable smartphone is tipped to sport a "7.8-inch to 8-inch" LTPO display with a refresh rate of 120Hz, according to previous leaks. However, there is no mention of the resolution of the display. The tipster says that the cover screen will feature a slightly curved design, and support a refresh rate of 60Hz. The smartphone is also said to feature a side-mounted fingerprint sensor.

Both the folding screen and the cover might feature punch-hole cutouts for cameras, according to the report, which also states that the phone will feature a 32-megapixel selfie shooter. Oppo has not yet revealed plans for a foldable smartphone, but an older report suggests the company might be working on two foldable phones.

The company showcased a foldable smartphone in 2019, but it had an outward-folding design similar to the Huawei Mate X and unlike the inward-folding design of the Huawei Mate X2. The report also states that units are reportedly moving through internal channels to stores for employee training, hinting that the phone could be close to release, but Oppo is yet to reveal any details about the smartphone.

Jio Tablet, Jio TV Tipped to Be in the Works, May Launch Next Year