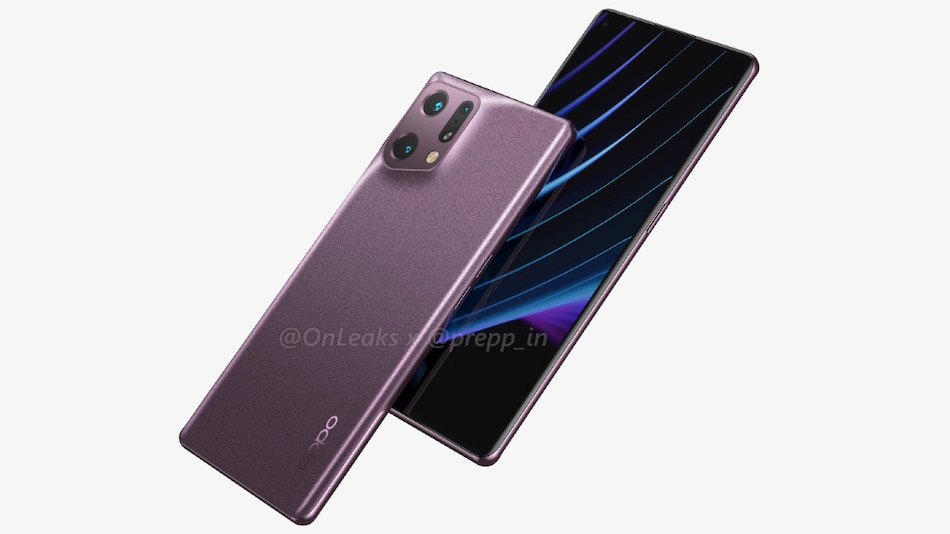 Oppo is said to be working on its next-generation Find X-series flagship smartphones. The upcoming smartphones lineup is expected to succeed the Oppo Find X3 series, which was launched earlier this year. Due to a prevalent Chinese superstition of being wary of the number ‘4', the phone series is more likely to come with Oppo Find X5 moniker instead of Find X4. Similar to the previous generation Find X devices, the purported Oppo Find X5 series is speculated to have at least three smartphones in the lineup that could be called Find X5 Pro, Find X5, and Find X5 Lite. Ahead of the announcement from the brand, a tipster has leaked renders of the rumoured Oppo Find X5 Pro handset based on early prototype schematics.

The renders of Oppo Find X5 Pro or Oppo Find X4 Pro were shared by known tipster Steve Hemmerstoffer (@OnLeaks), in collaboration with Prepp. The leaked renders show the handset with a hole-punch display design. It is placed on the top left corner of the screen. The volume rocker keys are seen arranged on the left spine while the power button is seen placed on the right spine. The renders show a camera module that looks similar to that of Oppo Find X3 Pro, but has a different shape.

As per the report, Oppo Find X3 Pro's successor will reach the market by March 2022. It is speculated to be priced at Rs. 52,990. The Prepp report specifically mentions the phone's India pricing and not its equivalent for any other market.

However, Oppo is yet to reveal any details about its flagship series, so all these details should be taken with a pinch of salt.