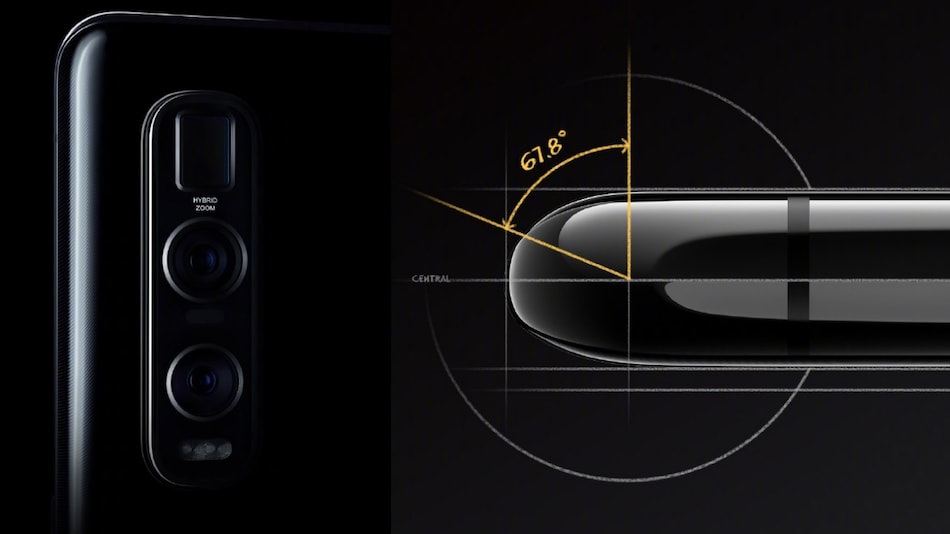 Oppo Find X2 series will go official on Friday, March 6, packing flagship-grade specifications. With just two days left before the Oppo Find X2 and Find X2 Pro go official, the company has dropped more details about the upcoming phones via teasers. One of the latest official renders shows a triple rear camera setup on a Find X2 series phone, complete with a rectangular periscope lens. Oppo has also shed some light on the Find X2's HDR10+ display that has a 120Hz refresh rate and 240Hz touch sampling rate. Additionally, alleged renders of the Oppo Find X2 and its Pro sibling have also surfaced online.

The official Oppo Weibo account has shared a teaser poster that clearly shows a triple rear camera setup with a periscope lens sitting at the top. The render most likely depicts the Find X2 Pro, and matches the one we saw in a pair of leaked live images earlier this month. Additionally, tipster Ishan Agarwal has also shared an alleged render of the Oppo Find X2 Pro, which looks similar to the one teased officially by the Chinese smartphone maker. The phone appears to have a glossy rear panel with a mirror-like finish. The tipster has also shared a render of what he claims to be the vanilla Oppo Find X2. The standard Find X2 also packs triple rear cameras, but it misses out on the periscope camera lens.

Both the phones appear to sport a curved display with a single hole-punch, a design that is quite similar to the one we recently saw on the Oppo Reno 3 Pro's Chinese variant. Interestingly, the wallpaper on the Oppo Find X2 duo's display in the leaked render matches the one that Oppo used in another teaser to confirm a 120Hz display on its upcoming flagship.

Talking about display, Oppo has revealed that the Find X2's screen will be curved at a 67.8-degree angle. Another official teaser divulges more details about the Find X2's display such as 800 nits typical and 1200 nits peak brightness, 5,000,000:1 contrast ratio, and support for 100 percent DCI-P3 colour gamut. Moreover, the phone's 120Hz HDR10+ display will offer a 240Hz touch sampling rate, which means improved response time while gaming.

It appears that Oppo will launch the 5G-ready version of the Find X2 in India. Earlier today, chief of Oppo's R&D division in India, Tasleem Arif, tweeted that the company will conduct a WhatsApp call over 5G network at its lab in India. The phone depicted in the tweet looks quite similar to the leaked renders, thanks to the prominent curved display and the hole-punch camera. Moreover, a 91Mobiles report also claims that the Oppo Find X2 5G will make its way to the Indian market.