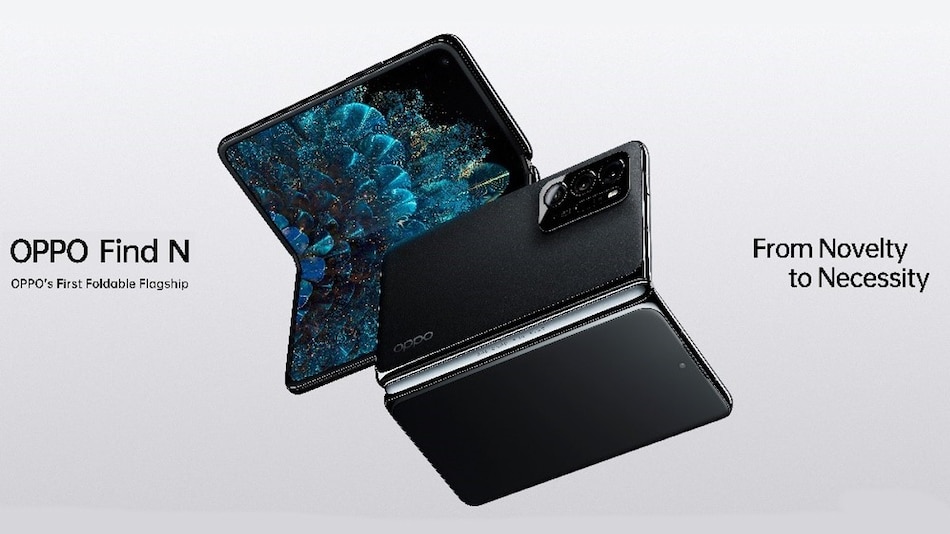 Oppo is said to be working on Oppo Find N successor

Oppo Find series will reportedly get its first clamshell-style foldable flip smartphone by Q3 2022, that is, before September 30. As per a report, the phone will be pitted against Samsung Galaxy Z Flip 3. Furthermore, Oppo is also said to be working on another foldable smartphone, which could be a successor to the Oppo Find N. Interestingly, the details about the handset have started to develop just a month after Oppo launched the Find N foldable smartphone in China.

Citing tipster Mukul Sharma, 91Mobiles reports that the Oppo Find series will get a foldable flip phone that will hit the shelves by the end of September this year. The phone is said to compete against Samsung Galaxy Z Flip 3. However, the Oppo phone is said to be priced lower than the Galaxy Z Flip 3 and be a value-for-money foldable smartphone. Furthermore, the report said that Oppo is also working on a smartphone that could be launched as the successor to Oppo Find N that made its debut in China in December last year.

Recently, Chen Jin, General Manager of Lenovo Mobile Business Group, teased the Motorola Razr 3 clamshell foldable phone. A report claims that the phone will get a Qualcomm Snapdragon 8 Gen 1 SoC, a full-HD+ foldable display with a 20:9 aspect ratio, and a 50-megapixel primary rear camera. It is also said to boot Android 12 out-of-the-box. It will be the third generation Motorola Razr foldable smartphone from the company that will have a flip design. The Moto Razr was one the first few handsets to launch with a foldable display.