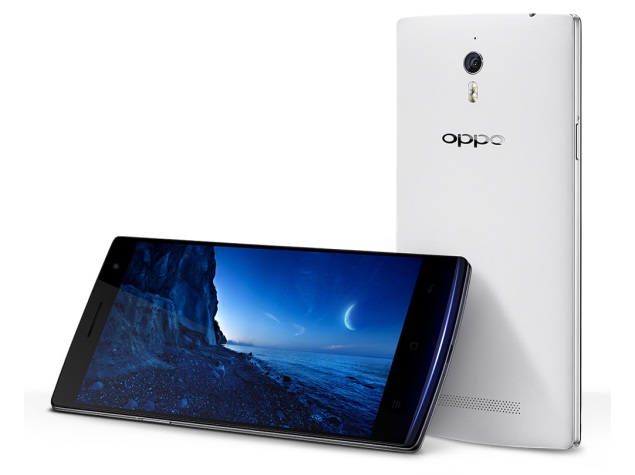 Oppo finally took the wraps off its latest flagship smartphone, the Oppo Find 7, in China. The Oppo Find 7 has been priced at CNY 3,498 (Rs. 34,500 approximately) and will be available starting May or June. However, the Chinese giant has not announced the markets where the Find 7 will be initially available.

The world's first smartphone to sport a QHD display, the 5.5-inch screen offers a resolution of 1440x2560 pixels and boasts an impressive 538ppi pixel density. The smartphone runs a customised Android 4.3 Jelly Bean OS, which the company dubs ColorOS 1.2.

The Find 7 is powered by a 2.5GHz quad-core Snapdragon 801 (MSM8974AC) processor, the same found on the Samsung Galaxy S5. It also comes with 3GB of RAM and 32GB inbuilt storage with expandable storage support; however, there is no word on maximum storage capacity on the Find 7 smartphone.

The Oppo Find 7 packs a 3000mAh battery, which the company says can charge up to 75 percent in 30-minutes of charging thanks to the Rapid Charge technology. Connectivity options on the smartphone include Wi-Fi, Bluetooth, GPS, AGPS, USB OTG (on-the-go), 3G and 4G LTE.

Apart from Find 7, Oppo also announced the Oppo Find 7a which is said to be targeted at emerging markets like India.