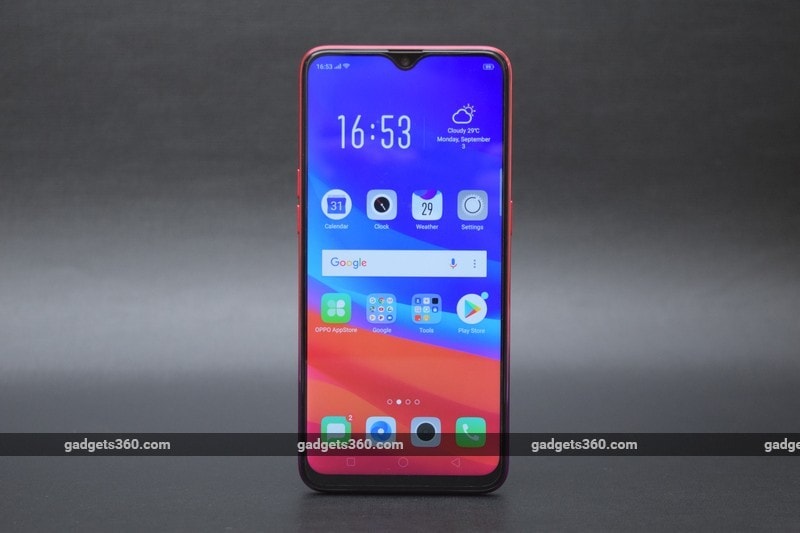 Oppo F9 Pro price in India has been dropped by Rs. 2,000, at least on a few platforms and via offline stores. The new development comes just a couple of months after Oppo reduced the original price of the F9 Pro to as low as Rs. 21,990. The F9 Pro was launched in India back in August last year. Key highlights of the phone include a v-shaped waterdrop display notch, 25-megapixel selfie camera, and VOOC fast charging support. The smartphone also has an AI Beauty Technology 2.1 as well as Google Lens support.

With the latest update, the Oppo F9 Pro is available in India with a price tag of Rs. 19,990 on Amazon.in and Paytm Mall. Mumbai-based retailer Mahesh Telecom has also reported the price cut for offline channels. However, the listing of the F9 Pro on Flipkart is still showing the previous price of Rs. 21,990. Gadgets 360 has reached out to Oppo India to get clarity on the revised price.

As we mentioned, Oppo reduced the India price of the F9 Pro from Rs. 23,990 to Rs. 21,990 last December. The F9 Pro was launched in the country alongside the F9 back in August last year, and was made available via Amazon, Flipkart, and Paytm Mall.

The dual-SIM (Nano) Oppo F9 Pro runs ColorOS 5.2 based on Android 8.1 Oreo and features a 6.3-inch full-HD+ (1080x2340 pixels) display with a 19.5:9 aspect ratio. Under the hood, there is an octa-core MediaTek Helio P60 SoC, coupled with 6GB of RAM. The smartphone has a dual rear camera setup that includes a 16-megapixel primary sensor bearing an f/1.8 lens, and a 2-megapixel sensor bearing an f/2.4 lens. For selfies, there is a 25-megapixel camera sensor at the front along with an f/2.0 lens.

The Oppo F9 Pro has 64GB and 128GB of onboard storage options that both are expandable via microSD card (up to 256GB) through a dedicated slot. Connectivity options include 4G VoLTE (on both SIM card slots), Wi-Fi 802.11ac, Bluetooth v4.2, GPS/ A-GPS, Micro-USB with OTG functionality, and a 3.5mm headphone jack. Sensors on board include an accelerometer, ambient light sensor, digital compass, and a proximity sensor. It measures 156.7x74x7.99mm and weighs 169 grams. Besides, the handset packs a 3,500mAh battery along with the company's VOOC fast charging tech.