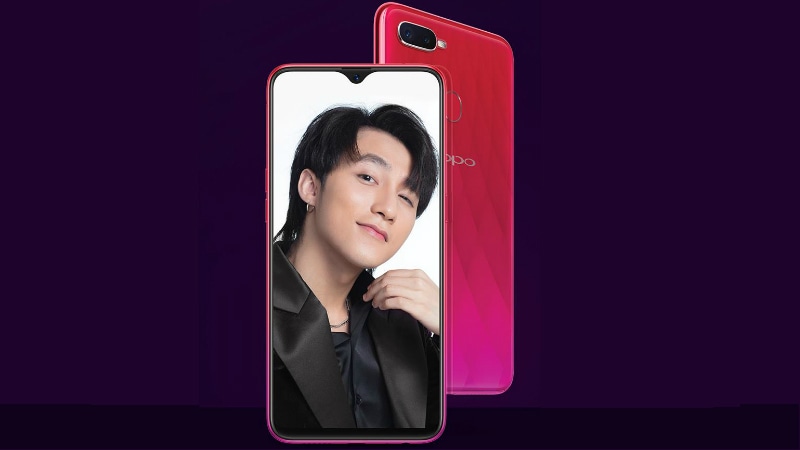 Ahead of its official launch, Oppo has been releasing many teasers of the Oppo F9 Pro in India, revealing colour options, fast charging technology, and more. Now, the company has listed the Oppo F9 on its Vietnamese website confirming all the specification details and even the price. Looking at the specifications, which include the VOOC Flash Charge, it appears that the Oppo F9 that's due to launch in Vietnam on August 15 will make its debut in India as the Oppo F9 Pro later in the month. Key highlights include a dual camera setup and sleek design.

The Oppo F9 price in Vietnam is listed to be at VND 7,990,000 (roughly Rs. 23,500), and it will be available in Sunrise Red, Twilight Blue, and Starry Purple colour options - the same options shown off for the Oppo F9 Pro in India. Pre-orders in Vietnam will begin from August 15, and go on till August 24. Pre-order offers include a free 10000mAh power bank. Its price in India still remains a mystery, though all should be clear real soon.

As for specifications, the Oppo F9 or the Oppo F9 Pro will support dual-SIM slots (Nano + Nano) and run on Android 8.1 Oreo. The smartphone will sport a 6.3-inch full-HD+ (1080x2280 pixels) display with 19:9 aspect ratio. It will be powered by the 12nm MediaTek Helio P60 octa-core (four Cortex-A73 cores clocked at 2GHz + four Cortex-A53 cores clocked at 2GHz) processor paired with ARM Mali-G2 MP3 GPU. The Oppo F9 will be available in 4GB RAM/ 64GB storage and 6GB RAM/128GB storages options. There's also dedicated microSD card slot support for further expansion (up to 256GB). In India, only the 6GB RAM variant is expected to launch.

Optics include a 16-megapixel rear primary camera with LED flash and f/1.85 aperture, and a secondary 2-megapixel sensor as well. At the front, there is a 25-megapixel selfie camera with f/1.0 aperture and AI features. The Oppo F9 packs a 3500mAh battery with VOOC flash charging, and connectivity options include Dual 4G VoLTE, WiFi 802.11 ac (2.4GHz + 5GHz), Bluetooth 4.2, and GPS. Dimensions of the device are at 156.7x74x7.9mm.