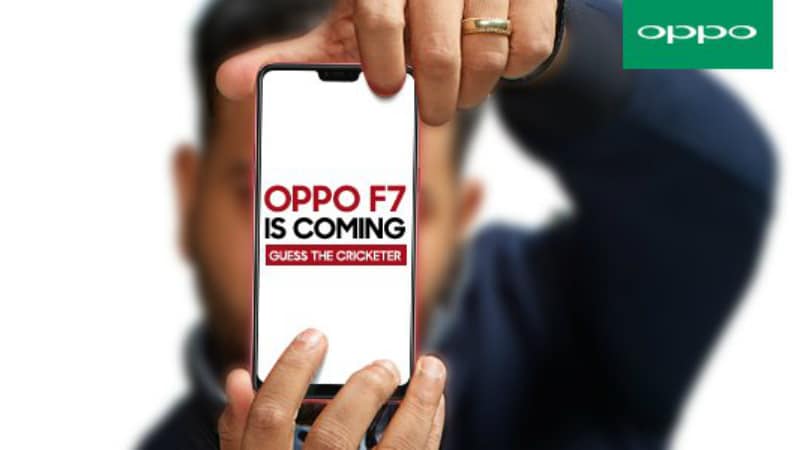 Oppo F7 specifications have surfaced online days ahead of its launch in India that is scheduled for March 26. The new development sits alongside the key features and specifications that Oppo revealed officially late last week. It has been spotted that the Oppo F7 is powered by a MediaTek processor and come with tons of AI-based selfie enhancements. The upcoming smartphone is expected to sport an iPhone X-like notch and a near-bezel-less display. It will be the second smartphone with a notch launching in India in a week, after the Vivo 9 was unveiled in the country earlier today.

The specifications of the Oppo F7 have been leaked through a sales pitch manual, as reported by Smartprix. The smartphone appears to have an octa-core MediaTek Helio P60 SoC with four Cortex-A73 cores clocked at 2GHz and four Cortex-A53 cores clocked at 2GHz, paired with Mali-G72MP3 GPU and 6GB of RAM. The sales pitch manual also states that the handset has a 16-megapixel rear camera sensor with an automatic scene recognition feature. The camera sensor comes with an f/2.0 aperture lens on top and supports 4K video recording as well as uses a dual-tone LED flash. Further, there is a 3400mAh battery that is touted to last for up to 15 hours on a single charge.

On the software front, the Oppo F7 appears to run ColorOS 5.0 with features such as facial unlock and screen recording. There is also a rear-facing fingerprint sensor and connectivity options such as 4G VoLTE, Wi-Fi, Bluetooth, and GPS/ A-GPS, as mentioned by Smartprix.

The sales pitch manual also highlights the 6.2-inch full-HD+ (1080x2280 pixels) Super Full Screen panel of the Oppo F7 that has 19:9 aspect ratio. It also specifies the 25-megapixel selfie camera on the smartphone with features such as AI selfie, AI Beauty, and Real-time HDR. Similarly, there are Cover Shot and AR stickers. It is worth noting here that these last details were already confirmed by Oppo in a press note last week. The company also revealed that the handset will support gestures and have an App-in-App view for an enhanced multitasking experience.

Neither the newly leaked sales pitch manual nor the previously released official press note has confirmed the price and availability details of the Oppo F7. Therefore, we need to wait for the official launch to get all such information.