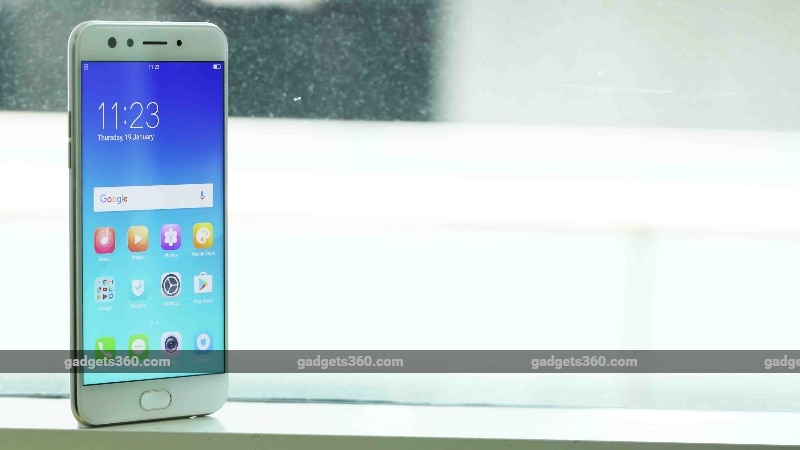 Oppo F3 price in India has been slashed. The smartphone, which was launched at Rs. 19,990, is now available in the country with a price tag of Rs. 16,990. Gadgets 360 has learnt that the new price is applicable starting Friday, and offline retailers have already provided with the update. However, listings on Amazon and Flipkart were not reflecting the price cut at the time of filing this story.

Oppo launched the Oppo F3 back in May with an original price of Rs. 19,990. But earlier this year, the Chinese company dropped its price to Rs. 18,990 silently alongside launching a Diwali Limited Edition variant. The smartphone is a cheaper variant of the Oppo F3 Plus that was debuted in March.

The Android 6.0 Marshmallow-based Oppo F3 (Review) runs ColorOS 3.0 and features a 5.5-inch full-HD (1080x1920 pixels) In-Cell 2.5D curved display with Corning Gorilla Glass 5 protection. The smartphone is powered by a 1.5GHz MediaTek MT6750T6 octa-core processor, coupled with Mali-T860 GPU and 4GB of RAM. It sports 64GB of onboard storage that is expandable via a dedicated microSD card (up to 128GB) slot. There is a triple-slot tray that accepts two SIM cards and one microSD card. Further, the handset has a 13-megapixel camera sensor and LED flash and a dual-camera setup with one 16-megapixel 1.3-inch sensor with f/2.0 aperture lens and an 8-megapixel secondary sensor with 120-degree wide-angle lens.

Oppo has provided its proprietary Smart Facial Recognition feature on the Oppo F3 that automatically suggests which lens is ideal for taking self-portrait shots. Also, the smartphone has features such as the Beautify 4.0, Selfie Panorama, Screen Flash,and Palm Shutter.

Importantly, the latest price cut makes the Oppo F3 a strong contender against the Honor 7X and Moto G5S Plus that both are among the top-selling smartphones under Rs. 20,000 price bracket. The smartphone also gives a tough competition to the Asus ZenFone 4 Selfie Pro that was debuted at Rs. 23,999 in India to deliver an enhanced selfie-taking experience.