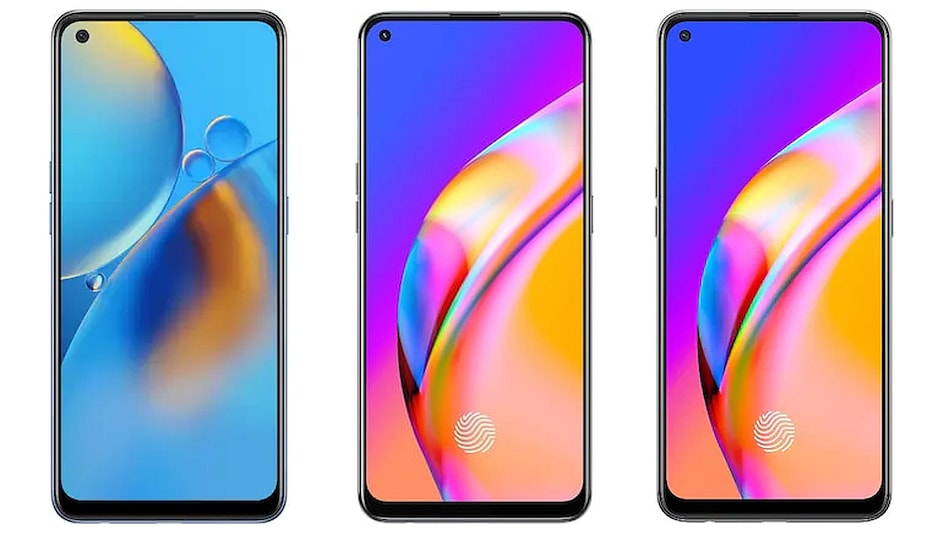 The information comes from a report by 91Mobiles that says Oppo may soon launch a fourth smartphone in the Oppo F19 series — and it will be called the Oppo F19s. The report citing industry insiders says the smartphone may launch around the festive season. Not much else is known about the smartphone as of now. The report, however, speculates that the Oppo F19s may be priced around Rs. 18,000 when it is launched.

The Oppo F19s is expected to borrow specifications from the vanilla Oppo F19, which was launched in April and runs ColorOS 11 based on Android 11. It sports a 6.43-inch full-HD+ AMOLED display with a 20:9 display aspect ratio. Under the hood, it is powered by a Snapdragon 662 SoC, paired with 6GB of RAM. Its 128GB of onboard storage can be expanded via a microSD card. The Oppo F19 features a triple rear camera setup that is headlined by a 48-megapixel primary sensor. It has a 16-megapixel sensor for selfies and video calls. The smartphone packs a 5,000mAh battery with 33W fast charging support.

Launched in March, the Oppo F19 Pro also runs Android 11-based ColorOS 11. The smartphone also features a 6.43-inch AMOLED display. Under the hood, it comes with a MediaTek Helio P95 SoC paired with 8GB of RAM and 128GB of onboard storage. Its quad rear camera setup is headlined by a 48-megapixel primary sensor and has a 16-megapixel shooter for selfies. The smartphone packs a 4,310mAh battery with 30W VOOC fast charging support.

The Oppo F19 Pro+ also runs Android 11-based ColorOS 11. It sports a 6.4-inch full-HD+ Super AMOLED display with a 20:9 aspect ratio. The smartphone is powered by a MediaTek Dimensity 800U SoC with 8GB of RAM and 128GB of onboard storage - expandable up to 256GB via a microSD card. Its quad rear camera setup is also headlined by a 48-megapixel primary sensor and it gets a 16-megapixel sensor for selfies and video calls. The smartphone packs a 4,310mAh battery that supports 50W Flash Charge fast charging.