Oppo F19 Pro+ is said to be powered by the MediaTek Dimensity 800U SoC and come with a 4,500mAh battery. 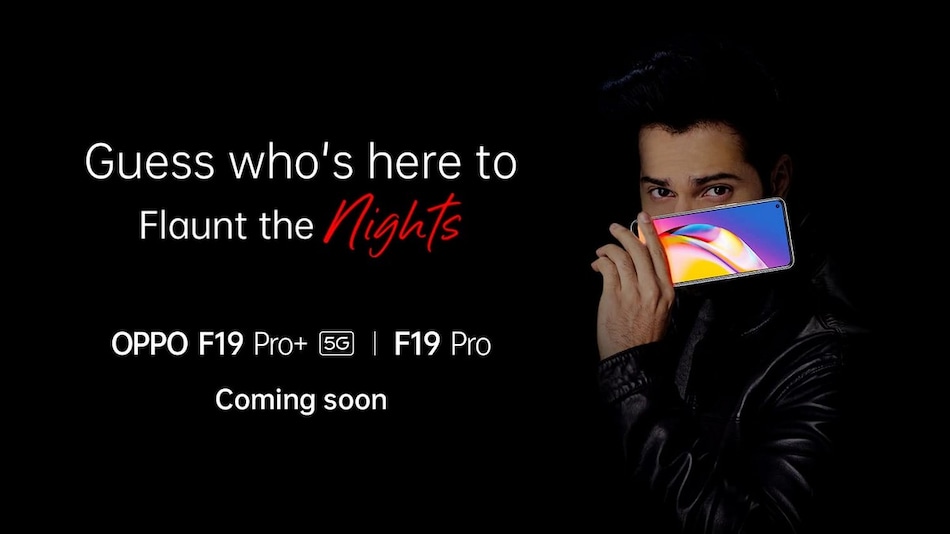 Oppo F19 Pro+ 5G has a hole-punch cut out design

Amazon has a dedicated page for the Oppo F19 series phones showing the names as Oppo F19 Pro+ 5G and Oppo F19 Pro. It states that the phones are “coming soon” with no timeline or specifications mentioned. From the teaser image, a hole-punch cutout design, slim bezels on three sides, and a relatively thick chin can be seen.

There is no mention of the vanilla Oppo F19 on the Amazon page or in the tipster's post, suggesting the phone will be launched down the line after the debut of the Pro+ and Pro variants. Interestingly, the Oppo F19 series first showed up in reports in December 2018 and at the time, it was touted to come with 10x hybrid optical zoom. Now, finally we have a confirmation that the Oppo F19 series will launch in India soon.

The tipster also shared some of the key specifications and estimated pricing for the Oppo F19 Pro+ 5G and Oppo F19 Pro. Starting with the Oppo F19 Pro+ 5G, the tipster claims it will be priced around Rs. 25,000 for the 8GB + 128GB variant. In terms of specifications, the phone may feature a 6.4-inch AMOLED display and be powered by the MediaTek Dimensity 800U SoC. It could come with a triple rear camera setup that includes a 64-megapixel primary sensor, an 8-megapixel sensor with an ultra-wide-angle lens, and a 2-megapixel depth sensor. On the front, the Oppo F19 Pro+ is said to come with a 32-megapixel selfie shooter. The tipster says the phone will feature an in-display fingerprint scanner and a 4,500mAh battery that supports 30W fast charging.

For the Oppo F19 Pro, the tipster said it will be priced around Rs. 20,000 for the 6GB + 128GB variant. The phone is said to come with the same sized display as the Pro+ variant and carry the MediaTek Helio P95 SoC. For optics, the Oppo F19 Pro may feature a quad rear camera setup that includes a 48-megapixel primary sensor, an 8-megapixel sensor with an ultra-wide-angle lens, a 2-megapxixel depth sensor, and a 2-megapixel macro shooter. On the front, the phone could come with a 16-megapixel selfie shooter.

There may be an in-display fingerprint scanner on the Oppo F19 Pro as well and it may be backed by a 4,310mAh battery. The phone is also said to support 30W fast charging.

It should be noted that Oppo has not shared any specifications or pricing for the two phones and more details should be revealed in the coming days.

Golden Globes 2021 Winners — the Full List of All the Awards