Oppo F19 has been listed by Amazon ahead of the official launch. 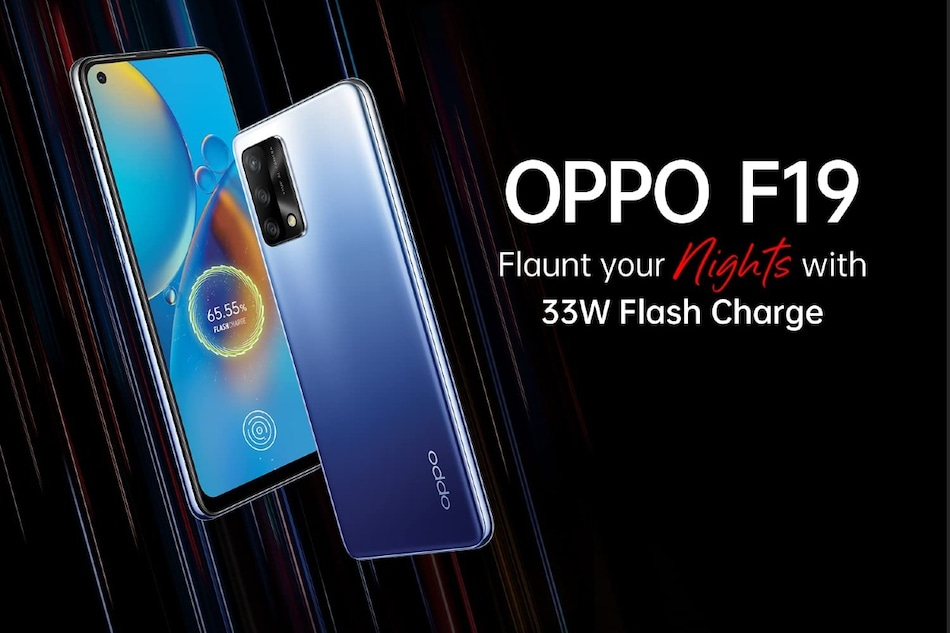 Similar to the Oppo F19 Pro-series launch, the Oppo F19 will be launched at a virtual event that will take place through the company's social media channels at 12pm (noon) on April 6. Amazon has also listed the Oppo F19 to suggest its online availability following the launch.

Oppo is yet to completely detail the specifications of the Oppo F19 in India. So far, it has revealed that the India variant of the F19 will come with a full-HD+ AMOLED display and include a 5,000mAh battery. It will also support 33W Flash Charge fast charging technology that is touted to fully charge the phone in 72 minutes. The phone is also claimed to deliver 5.55 hours of voice calling or around two hours of YouTube use with just five minutes of charge.

A render shared by the company on social media shows that the Oppo F19 will come with a triple rear camera setup that will have a 48-megapixel primary sensor. The camera setup will also be paired with an LED flash.

However, Oppo's Sri Lanka division has already listed the smartphone with complete specifications. It is possible that some of these specifications may differ from the India model the company has planned. The Sri Lankan variant is listed to feature dual-SIM (Nano) support, a 6.43-inch full-HD+ (1,080x2,400 pixels) AMOLED display with a 20:9 aspect ratio, and an octa-core Qualcomm Snapdragon 662 SoC, paired with Adreno 610 GPU and 6GB of LPDDR4X RAM. The phone also has the triple rear camera setup, with the 48-megapixel primary sensor carrying an f/1.7 lens, 2-megapixel depth sensor, and a 2-megapixel macro shooter. There is also a 16-megapixel selfie camera sensor at the front.

The Oppo F19 listed in Sri Lanka has 128GB of onboard storage that supports expansion via microSD card. Connectivity options include 4G LTE, Wi-Fi, Bluetooth v5.0, GPS/ A-GPS, USB Type-C, and a 3.5mm headphone jack. The phone also has an in-display fingerprint sensor. It runs on Android 11 with ColorOS 11.1 on top. Besides, the Oppo F19 measures 160.3x73.8x7.95mm and weighs 175 grams.