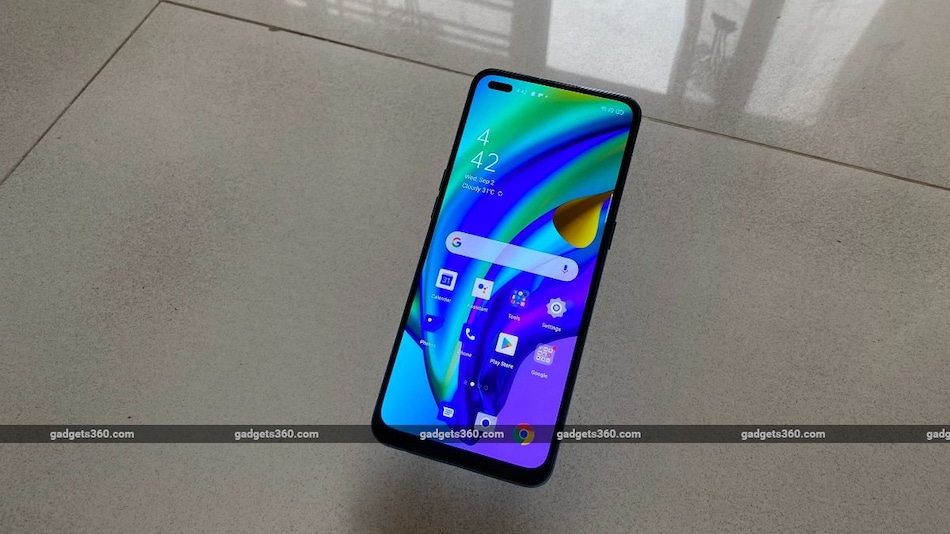 Oppo F17 Pro and Oppo F17 have been launched in India with quad rear cameras. The new phones also come with Oppo's proprietary 30W fast charging technology and feature three distinct colour options. On the part of differences, the Oppo F17 Pro offers dual selfie cameras, while the Oppo F17 has a single camera sensor at the front for capturing selfies. The Oppo F17 Pro in the lineup also comes with a Super AMOLED display. The Oppo F17 series phones come in a metal finish design, to attract young customers, according to the brand.

Oppo F17 Pro price in India is set at Rs. 22,990 for the sole 8GB + 128GB storage variant. The phone will be offered in Magic Black, Magic Blue, and Metallic White colour options. The Oppo F17 price hasn't been revealed; however, we do know that the phone will be offered in 6GB + 128GB and 8GB  + 128GB variants. It will be sold in Navy Blue, Classic Silver, and Dynamic Orange shades.

The Oppo F17 Pro will go on sale in the country starting September 7, with pre-orders opening later today. There is no word on the sale date for the Oppo F17.

The dual-SIM (Nano) Oppo F17 Pro runs on Android 10 with ColorOS 7.2 on top and features a 6.43-inch full-HD+ (1,080x2,400 pixels) Super AMOLED display with a 20:9 aspect ratio and a 90.7 percent screen-to-body ratio. There is also a standard, 60Hz refresh rate on the display that has a hole-punch design. Under the hood, the phone has an octa-core MediaTek Helio P95 SoC, coupled with 8GB of RAM. There is the quad rear camera setup that houses a 48-megapixel primary sensor, along with an f/1.8 lens. The camera setup also includes an 8-megapixel secondary sensor with an f/2.2 wide-angle lens, and two 2-megapixel monochrome sensors with an f/2.4 lens.

For selfies and video chat, the Oppo F17 Pro offers the dual camera setup at the front, with a 16-megapixel primary sensor and a 2-megapixel depth sensor. Both sensors come along with an f/2.4 lens on top.

The Oppo F17 Pro has 128GB of onboard storage that is expandable via microSD card through a dedicated slot. Connectivity options on the phone include 4G VoLTE, Wi-Fi, Bluetooth, GPS/ A-GPS, and USB Type-C, and a 3.5mm headphone jack. There is an in-display fingerprint sensor.

The dual-SIM (Nano) Oppo F17 runs on Android 10 with ColorOS 7.2 on top and has a 6.44-inch full-HD+ (1,080x2,400 pixels) display with a waterdrop-style notch. The phone is powered by an octa-core Qualcomm Snapdragon 662 SoC, paired with up to 8GB of RAM. It comes with the quad rear camera setup that includes a 16-megapixel primary sensor with an f/2.2 lens, 8-megapixel secondary sensor with an f/2.2 wide-angle lens, and two 2-megapixel monochrome sensors along with f/2.4 lenses.

Oppo has offered a 16-megapixel selfie camera sensor at the front, with an f/2.0 lens.

In terms of storage, the Oppo F17 comes with 128GB of internal storage option that is expandable via microSD card. Connectivity options include 4G VoLTE, Wi-Fi, Bluetooth, GPS/ A-GPS, and a USB Type-C port. The phone packs a 4,000mAh battery that supports 30W VOOC fast charging. Lastly, it has 7.45mm of thickness and 163 grams of weight.