Oppo F17 Pro will feature a quad rear camera setup and dual selfie cameras. It will also come with 30W fast charging support. The phone will be joined by Oppo F17. 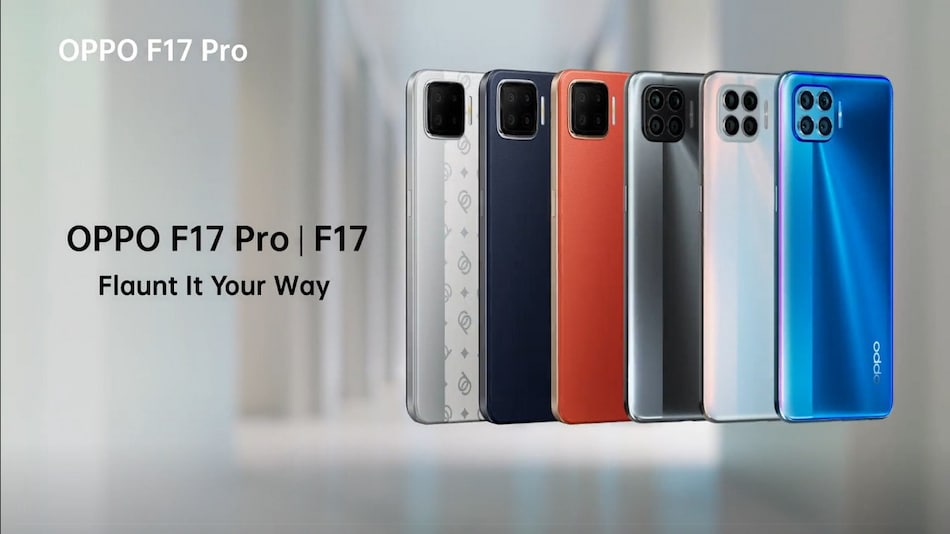 Oppo has not announced Oppo F17 or Oppo F17 Pro price in India but it has hinted that the Oppo F17 Pro will cost under Rs. 25,000. And, the Oppo F17 will be even cheaper being the non-Pro variant. The pricing will be revealed at the launch event that will be livestreamed on the company's social media channels including Facebook, Instagram, Twitter, and YouTube. It will start at 7pm today, September 2, as mentioned earlier.

As mentioned earlier, the Oppo F17 Pro will come with six cameras in total with four on the back and two on the front. The phone will feature a 6.43-inch Super AMOLED display and have support for 30W VOOC Flash Charge 4.0. It will have a 3.5mm headphone jack, USB Type-C port, and thickness of 7.48mm.

The Oppo F17 is expected to feature a 6.44-inch full-HD+ Super AMOLED display with a waterdrop-style notch. The phone is said to come with a quad rear camera setup that includes a 16-megapixel primary sensor and an 8-megapixel secondary sensor. For selfies, it could include a single 16-megapixel sensor. The phone may be powered by an octa-core Qualcomm Snapdragon 662 SoC, with 6GB RAM and 128GB storage. The Oppo F17 is also said to have a 4,000mAh battery with 30W fast charging support.

The teaser video on the website shows multiple colour options for the Oppo F17 series including black, blue, orange, navy blue, white, and another variant with a pattern on the back.