ColorOS 12 is first coming to Oppo and OnePlus smartphones in China. 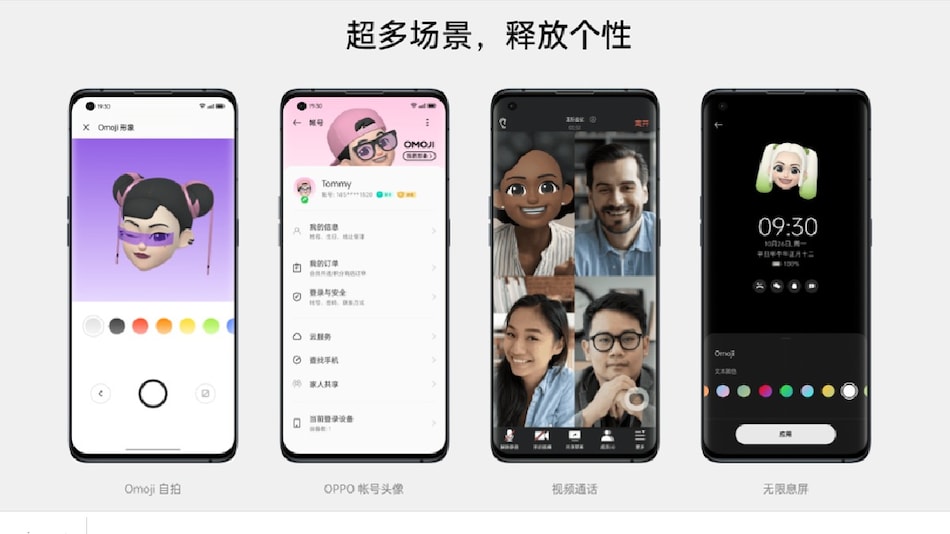 Oppo has unveiled all the features of ColorOS 12, the latest version of its Android 12-based operating system. The new UI layer will come to Oppo phones as well as OnePlus phones that have been using ColorOS in China. The smartphone maker has revealed the names of the devices that will receive new versions of ColorOS 12 starting October this year. The new update comes with a fresh design and improved privacy security features. ColorOS 12 features Quick View cards, which can display details about applications in the card window in real-time. With the new Android skin, Oppo is adding the facility to operate its phones through a Windows 10 or 11 laptop, too. For security, ColorOS 12 brings a new feature to get a notification in the status bar when apps activate the camera or microphone.

The Oppo ColorOS 12 skin comes with a new 3D avatar feature called Omoji that users can customise. To operate the handset easily, the ColorOS 12 has introduced new shortcuts too. This includes a click to switch to a small window, a double click to switch to full-screen, and the option to drag the corners to adjust the size. This allows users to manage the smartphone better using one hand. A new Smart Sidebar 2 that will help users perform multitask. ColorOS 12 packs Oppo's Quantum Animation Engine that brings improved animations to the software.

ColorOS 12 will be first released for Oppo's Find X3 Pro flagship phone, along with the OnePlus 9 Pro 5G and the OnePlus 9 5G in China. The Find X2 series, the Reno 6 series, and the Reno 5 series will get the update in November and December, followed by older Oppo and OnePlus phones in 2022.

Here is the list of smartphones that will be updated to ColorOS 12 along with their scheduled rollout timeline as per Oppo's official website (in Chinese).

Bitcoin Is Being Killed by Regulators in Countries Like India and China, Says Billionaire Ray Dalio
Xiaomi 11 Lite NE 5G Price in India, Colour Options Leak Ahead of September 29 Launch