Oppo A92s Specifications Tipped, Expected to Come With Up to 12GB RAM and Dual Front Cameras 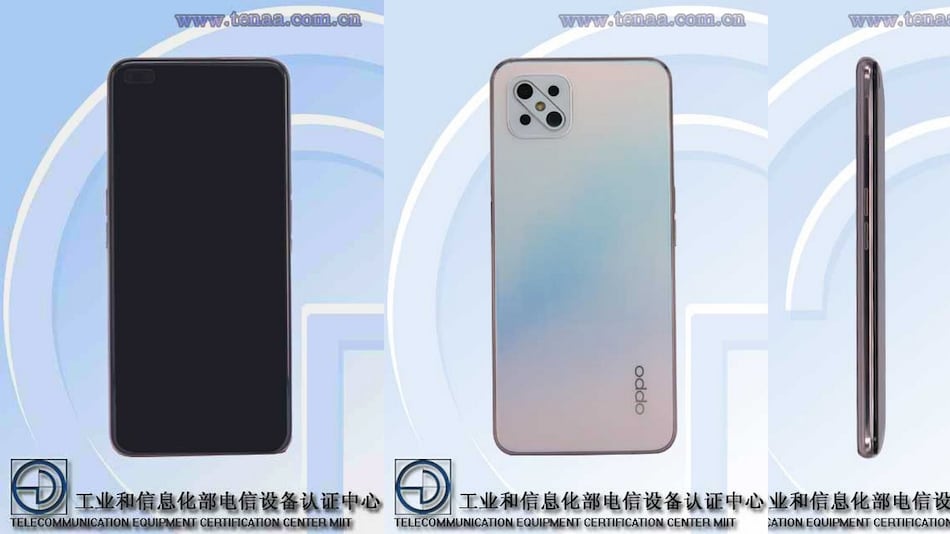 Oppo A92s is expected to be an upcoming smartphone by the Chinese manufacturer. It is believed to have the model number PDKM00 and has been spotted on a benchmarking website and a certification website. Several details for the phone with the aforementioned model number have been spotted on these listings. The Oppo A92s is expected to have up to 12GB of RAM and up to 256GB of storage. The phone may also come with a 3,890mAh battery. Further, the phone with the same model number was previously spotted on MIIT, another telecommunications certification website.

The alleged Oppo A92s popped up on Geekbench and Chinese regulator TENAA's website, as first spotted by Gizmochina. The Geekbench listing shows the phone with model number PDKM00 will run Android 10 and be powered by the octa-core MT6873 SoC which could be the Dimensity 800 5G chipset. This chipset aims to bring 5G connectivity to mid-range smartphones.

The phone with model number PDKM00 was also spotted on TENAA certification website that has indicated a few key details to be expected from the upcoming phone. From the available information, we can see that it will have a 6.57-inch (1,080x2,400 pixels) display. The CPU frequency is listed as 2.0GHz and there will be three RAM variants namely, 6GB, 8GB, and 12GB. It will also have 128GB and 256GB storage options. There are a total of six cameras on the phone, four of which are on the back and two on the front. The rear cameras include a 48-megapixel shooter, an 8-megapixel sensor, and two 2-megapixel cameras. On the front, there are 16-megapixel and 2-megapixel shooters. The images in the TENAA listing show the front cameras are housed in a hole-punch design.

The battery capacity is listed as 3,890mAh. The connectivity options include Wi-Fi, LTE, VoLTE, Bluetooth, GPS, and since the expected chipset supports 5G, the phone may come with 5G support out of the box. The dimensions of the alleged Oppo A92s are listed as 163.8x75.5x8.1mm and it will weigh 184 grams.

Notably, some of these specifications were previously spotted on MIIT certification website. Additionally, a poster suggested that the alleged Oppo A92s will come with a 120Hz display.