Oppo A74 5G Price in India Confirmed to Be Under Rs. 20,000 Ahead of Official Launch 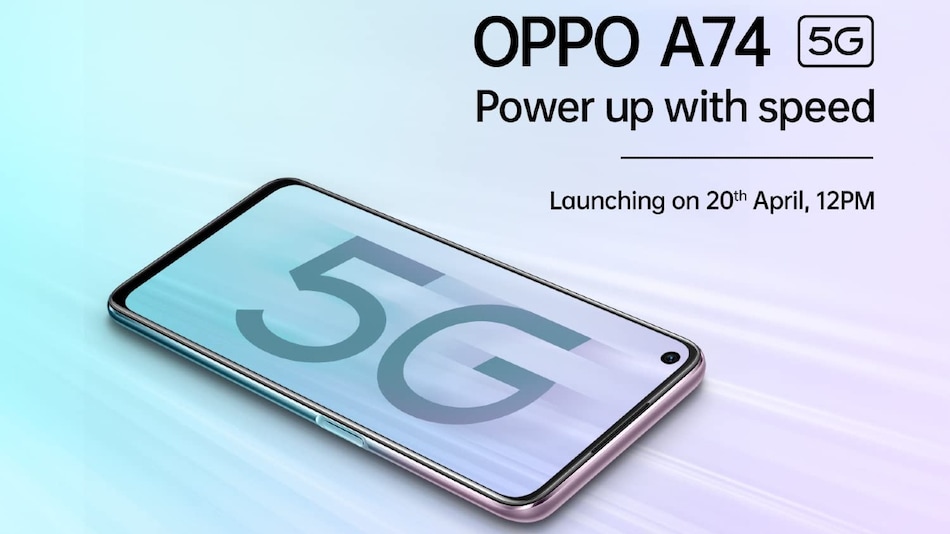 Oppo A74 5G will feature a 90Hz Hyper-color Screen, along with a hole-punch design

Oppo A74 5G price in India has been confirmed officially just days ahead of its debut. The smartphone will be available under Rs. 20,000, Oppo said on Friday through a press note. Oppo A74 5G's India variant is speculated to be different from its original model that was launched in other South Asians markets including Cambodia and Thailand. The company confirmed that the phone will feature a 90Hz Hyper-color Screen technology. Oppo A74 5G will also feature a hole-punch display design, as teased by its early teasers.

The price confirmation of Oppo A74 5G corroborated an earlier report by tipster Abhishek Yadav who also suggested the under-Rs. 20,000 pricing. The smartphone is marketed as Oppo's first 5G-ready phone to be available under Rs. 20,000.

“Apart from being 5G ready, the Oppo A74 5G is poised to ensure an immersive and interactive experience for everyone. The new phone is built to accent your lifestyle by featuring a 90Hz Hyper-color Screen,” the company said in the press note.

Oppo A74 5G India variant is speculated to have some differences over the model that was launched earlier this month. One of the key changes is said to be an LCD panel over the AMOLED display featured on the original Oppo A74 5G. The Indian variant is also rumoured to have a triple rear camera setup and an 8-megapixel selfie camera. This is unlike the existing model that has a quad rear camera setup and a 16-megapixel selfie shooter at the front.

Nevertheless, the Indian variant of the Oppo A74 5G is speculated to retain the Qualcomm Snapdragon 480 SoC along with 6GB of RAM and 128GB of onboard storage seen on the original model. The smartphone could also include the same 5,000mAh battery with 18W fast charging support.

Oppo is yet to reveal the specifications of Oppo A74 5G in India. However, Amazon recently listed the phone with an image that showed its hole-punch display. Oppo A74 5G will debut on April 20.