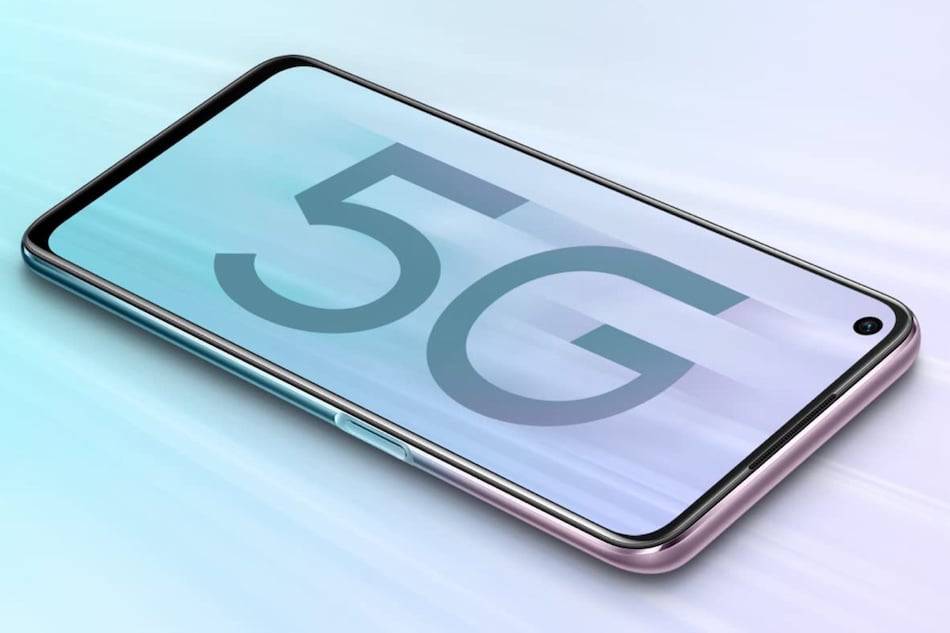 Oppo A74 5G Indian variant has been teased on Amazon

Oppo A74 5G is set to launch in India on April 20, Amazon has revealed through a dedicated listing. The Indian variant of the Oppo A74 5G is speculated to be different from the model that the Chinese company launched in markets including Cambodia and Thailand earlier this month. In addition to the Oppo A74 5G, the company is launching the Oppo A54 in the Indian market on April 19. Flipkart has created a microsite for the Oppo A54 that reveals its launch date in the country.

Amazon has created the listing for the Oppo A74 5G that's currently accessible through its mobile app. The listing carries an image that shows the front of the smartphone and reveals that it will debut at 12pm (noon) on April 20.

The Oppo A74 5G was launched in Cambodia and Thailand earlier this month with a price tag of THB 8,999 (roughly Rs. 21,500) for the single 6GB RAM + 128GB storage variant. However, the Indian variant of the Oppo A74 5G is rumoured to be different from what was launched in other Southeast Asian markets. It will be priced under Rs. 20,000, according to tipster Abhishek Yadav. The phone is also said to have Fluid Black and Fantastic Purple colour options.

The India variant of the Oppo A74 5G is expected to have many similarities with the one launched recently. However, on the differences part, tipster Yadav recently claimed that the upcoming phone will feature an 90Hz LCD panel. This is unlike the original Oppo A74 5G that has an AMOLED display in 6.5-inch size and with full-HD+ (1,080x2,400 pixels) resolution. The phone is also said to have Qualcomm Snapdragon 480 SoC, along with 6GB of RAM and 128GB of onboard storage.

The Oppo A74 5G in India is said to have the same 5,000mAh battery that is there on the existing model, along with 18W fast charging support.

Oppo A54 launch in India is scheduled for 12pm (noon) on April 19, according to the microsite available on Flipkart. The phone is also teased to have a 5,000mAh battery and come with a hole-punch display design.

Oppo A54 price in India (expected)

Oppo A54 price in India is yet to be revealed. However, the phone was launched in Indonesia late last month with a price tag of IDR 2,695,000 (roughly Rs. 13,800) for the sole 4GB RAM + 128GB storage variant in Indonesia. A similar pricing could be considered for the Indian variant.

Unlike the Oppo A74 5G, the Oppo A54 is expected to have the same specifications in India that were debuted with its Indonesian variant. The phone runs on Android 10 with ColorOS 7.2 on top and features a 6.51-inch HD+ (720x1,600 pixels) display. It is powered by an octa-core MediaTek Helio P35 SoC, along with 4GB of LPDDR4x RAM and 128GB storage.

The Oppo A54 features a quad rear camera setup that houses a 13-megapixel primary sensor, a 2-megapixel macro shooter, and a 2-megapixel tertiary sensor for bokeh shots. For selfies and video chats, the phone has a 16-megapixel selfie camera sensor at the front.