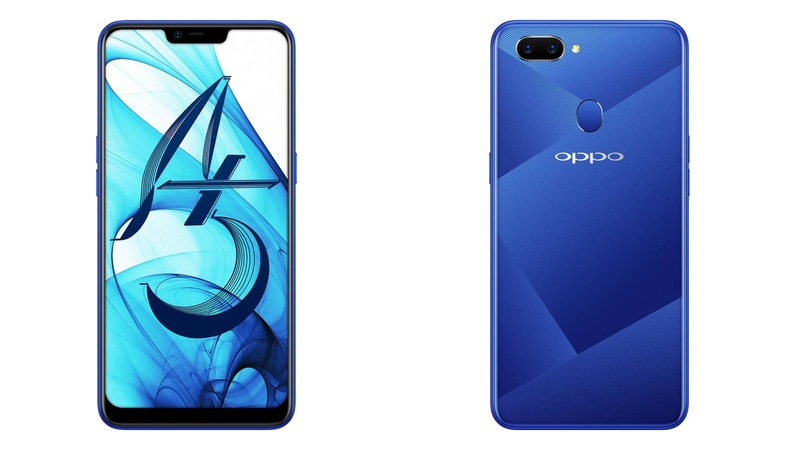 Oppo A5 has reportedly received a price cut in India, as per an established retailer.

Oppo A5 has reportedly received a price cut in India, as per an established retailer. To recall, the smartphone was launched in India back in August, after being launched in China in July. The biggest highlight of the smartphone is the design of its rear panel, made using 'nano-scale microcrystalline' technology. Other highlights of the Oppo A5 include its dual rear camera setup, AI powered front-facing camera, massive 4,230mAh battery, large 6.2-inch display, and a display notch. It is powered by the Qualcomm Snapdragon 450 SoC.

Oppo A5 price in India

According to Mahesh Telecom, a Mumbai-based retailer, the Oppo A5 price in India has been slashed to Rs. 13,990, down from its launch price of Rs. 14,990. We've reached out to Oppo to confirm the price cut, and will update this space when we hear back. In the meanwhile, Amazon, Flipkart, and Paytm Mall all list the smartphone at its launch price. Mahesh Telecom also lists some offline offers with the smartphone, including 5 percent cashback for HDFC Bank users.

The dual-SIM (Nano) Oppo A5 runs ColorOS 5.1 based on Android 8.1 Oreo and features a 6.2-inch HD+ (720x1520 pixels) FullView display with an 19:9 aspect ratio and an 87.9 percent of screen-to-body ratio. The display panel is protected by a 2.5D curved glass panel. There is a Qualcomm Snapdragon 450 SoC that is clocked at 1.8GHz, coupled with Adreno 506 GPU and 4GB of RAM. The smartphone has a dual rear camera setup that comprises a 13-megapixel primary sensor along with an f/2.2 aperture and a 2-megapixel secondary sensor with an f/2.4 aperture, supported by an LED flash. For selfies, there is an 8-megapixel sensor is available with an f/2.2 aperture. The frontal sensor features Oppo's Beauty Technology 2.0 that is capable of recognising 296 facial points.