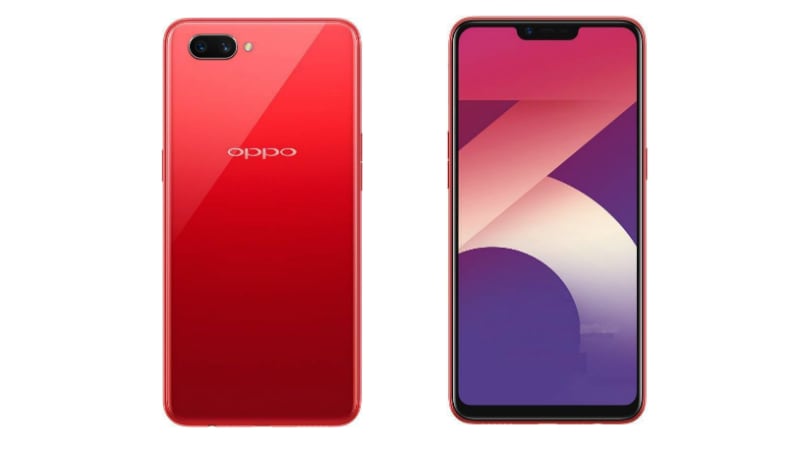 Oppo A3s 3GB RAM variant was launched back in August

Oppo A3s 3GB RAM variant price has been slashed in India. The smartphone was launched in 2GB RAM variant back in July, though its 3GB RAM model arrived in August. The smartphone comes in Dark Purple and Red colour options and features a 6.2-inch HD+ display. The Oppo A3s also sports a dual rear camera setup and comes with a 4,230mAh battery. The handset also includes an octa-core SoC. The 2GB RAM model of the Oppo A3s was launched in the country at Rs. 10,990.

Mumbai-based Mahesh Telecom on Tuesday reported the 3GB RAM variant of the Oppo A3s would now be available in the country at Rs. 11,990. Amazon.in already started selling the smartphone with the reduced price, while Flipkart is selling the same variant at Rs. 10,990. Notably, the smartphone was launched in the country back in August with an official price tag of Rs. 12,990.

We have reached out to Oppo India to confirm the new price cut and will update this space accordingly.

The latest price drop comes weeks after Oppo reduced the price of the 2GB RAM variant of the A3s in the country. The handset that debuted at Rs. 10,990 back in July was dropped to Rs. 9,990 last month.

The dual-SIM (Nano) Oppo A3s runs Android 8.1 Oreo-based ColorOS 5.1 and features a 6.2-inch HD+ (720x1520 pixels) 'Super Full Screen' IPS display. Under the hood, there is an octa-core Qualcomm Snapdragon 450 SoC, coupled with Adreno 506 GPU and 2GB/ 3GB RAM options. The smartphone has a dual rear camera setup that includes a 13-megapixel primary sensor and a 2-megapixel secondary sensor, along with an LED flash. For selfies, there is an 8-megapixel sensor that supports AI Beauty Technology 2.0.

Oppo has provided 16GB storage on the 2GB RAM variant of the A3s, while its 3GB RAM model has 32GB storage option. Both are expandable via microSD card (up to 256GB). The smartphone has 4G VoLTE, Wi-Fi, Bluetooth, GPS/ A-GPS, Micro-USB, and a 3.5mm headphone pack on the connectivity front. Besides, it packs a 4,230mAh battery and measures 156.2x75.6x8.2mm.