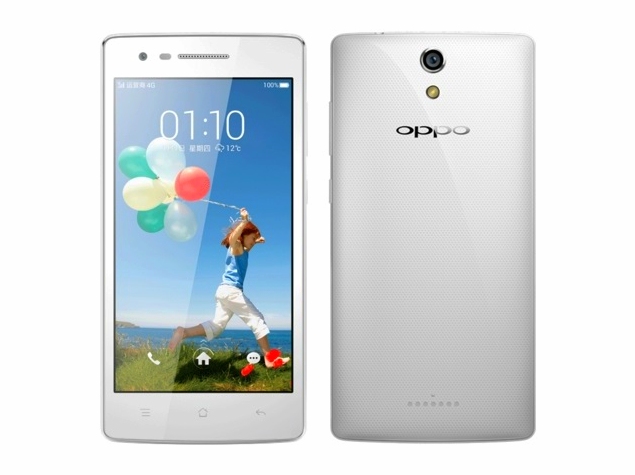 Oppo, the popular Chinese smartphone maker, has launched its fourth handset in a month - the Oppo 3000. Following the usual drill, the smartphone has been launched in China at CNY 1,599 (roughly Rs. 16,000). The mid-range smartphone's availability outside China is not yet known.

The Oppo 3000's rear camera features an 8-megapixel Sony IMX179 sensor with a 5-element, f/2.0 lens. The smartphone also sports a 5-megapixel wide-angle front-facing camera. 8GB of inbuilt storage comes packed in the handset along with the option to expand via microSD card (unspecified maximum capacity).

Connectivity features on the Oppo 3000 include 4G, NFC, GPS, Bluetooth and Wi-Fi. The mid-range smartphone is available in Black and White colour variants, measures 137.6x68.8x8.9mm, weighs 126 grams and is backed by a 2000mAh battery with Oppo's VOOC fast-charging technology. While the handset's specifications closely match with its competitor Xiaomi Redmi 2, it might not fare well in sales as its price is much more than that of Redmi 2.

Oppo last month launched the Oppo Mirror 3, Oppo R1C and the Oppo U3 in China.

Oppo recently made its mark in the smartphone market by launching the Oppo R5, which shortly claimed the 'world's slimmest smartphone' title with a thickness of 4.85mm, before being displaced by the Vivo X5Max.