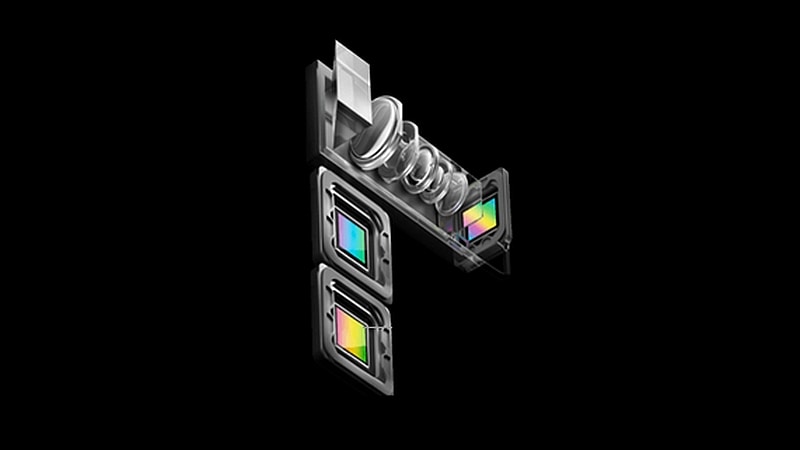 Oppo at its MWC 2019 event in Barcelona on Saturday unveiled its 10x lossless zoom technology. Oppo announced it is now mass production ready with the camera tech, and that it will be integrated into its next smartphone released in Q2 2019. The Chinese smartphone manufacturer also detailed how the 10x lossless zoom technology works, with a triple rear camera setup featuring a primary camera, an ultra-wide-angle lens, and a telephoto lens that features a periscope-style lens setup. At the event, it also detailed its 5G plans. Read on for more details about the Oppo 10x lossless zoom camera tech.

The telephoto lens features two 'D-cut optical lenses' arranged in a periscopic horizontal layout, thus helping reduce the thickness of the setup. If a traditional upright camera module lens had been used, Oppo claims the entire setup would have been 15mm-thick. Instead, with the periscope-style D-cut lenses, the company said it managed to make the camera module 6.76mm thick. As per Oppo, the D-cut optical lens looks like making "two parallel cuts on a circular lens". The periscope style lenses are combined with a prism, which also reduces the size of camera module.

Oppo at MWC 2019: A look at the horizontal D-cut optical lenses and prism in the 10x lossless zoom camera tech

Further space saving - up to 13 percent - was achieved by using two autofocus (AF) motors in the same module, both for the 48-megapixel main camera and the 120-degree ultra wide-angle lens, Oppo said. Finally, the 10x lossless zoom tech that the company has created utilises optical image stabilisation (OIS) on both the main camera and the telephoto lens, reducing shake and blur when taking zoomed in shots. The company claimed the stabilisation precision of the OIS tech is 0.001445 degrees, a 73 percent improvement over its 5x optical zoom tech.

Oppo said that its new 10x lossless zoom tech is already mass-production ready, and that the camera tech will find its way to its "next smartphone", set to release in Q2 2019.

As the actual next smartphone Oppo has announced for launch - the Oppo F11 Pro - is set to be launched on March 5, it is of course unlikely Oppo is referring to this, and we can expect an as-yet-unnamed smartphone to get the 10x lossless zoom tech in Q2 2019. Stay tuned to Gadgets 360 for more details from MWC 2019, as they happen.