OnePlus 8 Pro is rumoured to offer wireless charging support, but the company is yet to say anything officially. 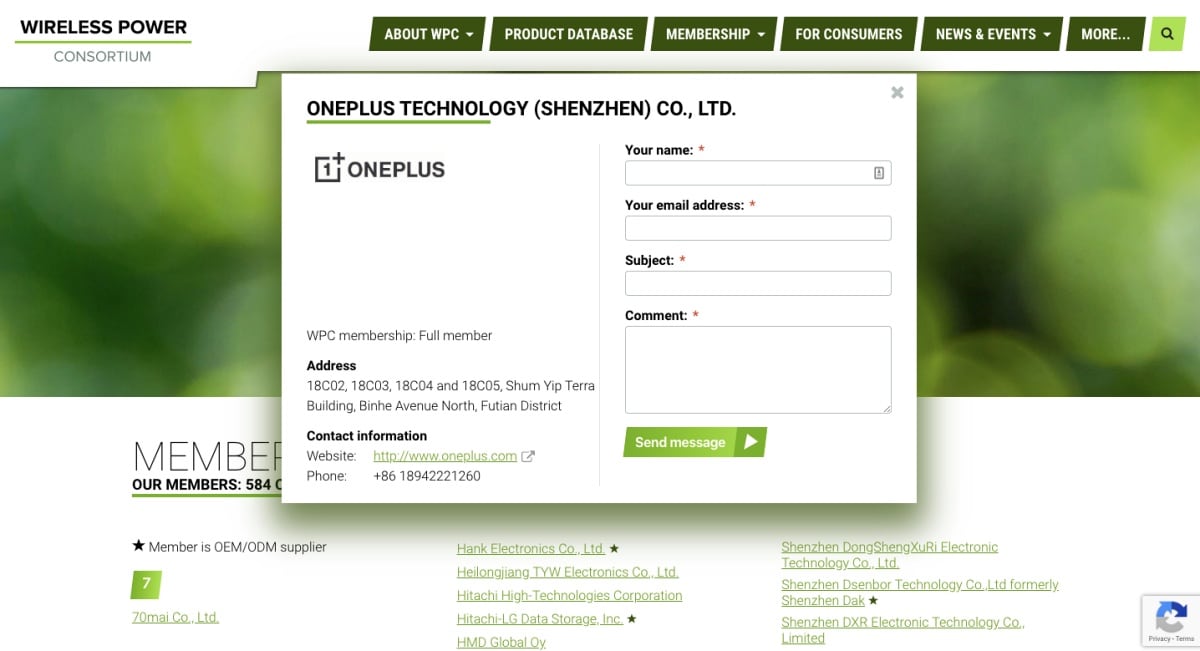 The WPC members listing on the group's website revealed that OnePlus is now a full member of the standards group. It joins the likes of Apple, Samsung, LG, Oppo, HMD Global, Huawei, Asus, and other smartphone makers. The listing was first spotted by MobileScout.com.

Lau had reportedly said at last year's MWC: “OnePlus charging is one of the best. Wireless charging is far inferior.”

We will have to wait until the company officially confirms whether OnePlus 8-series phones are getting wireless charging support but the company's decision to join WPC will certainly be welcomed by its fans and consumers.

From what rumours and leaks have indicated about the OnePlus 8-series, the OnePlus 8 Pro is likely to come with 120Hz refresh rate display that the company has already shown. Additionally, 5G support and the presence of Qualcomm Snapdragon 865 SoC is expected. The Qualcomm chip should ideally also make its way to OnePlus 8.