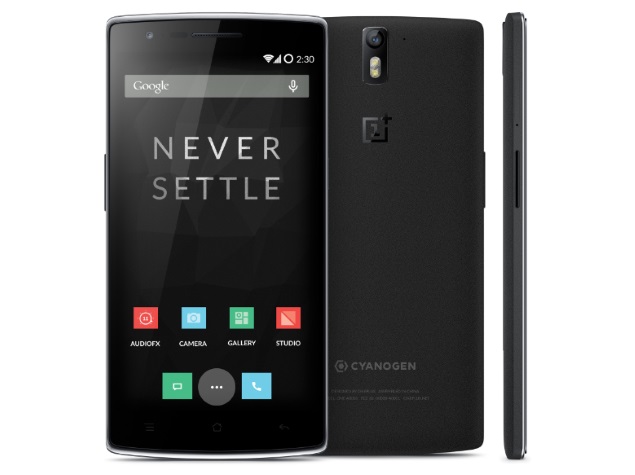 Chinese smartphone maker Shenzhen OnePlus Technology Co. Ltd on Monday told the Delhi High Court that its version of Cyanogen OS is different from the one that Micromax has an exclusive licence to use in India.

OnePlus was recently restrained by the Delhi High Court from selling its devices in India on Gurgaon-based Micromax Informatics Ltd's plea that its exclusive rights to Cyanogen in India were being infringed by the Chinese company.

The Chinese company said that while its handsets were embedded with the Cyanogen 11S (CM11S) version of the Cyanogen operating system, Micromax had a different version, and added that this point was not submitted before the single judge who had passed the restraining order.

It also argued before a bench, headed by Justice Pradeep Nandrajog, that the exclusivity clause in the agreement between Micromax and US-based software firm Cyanogen only means that Cyanogen cannot collaborate with any another mobile maker in India.

"It does not mean that we cannot do business," senior advocate Kapil Sibal, appearing for OnePlus, said.

He, however, suggested that his client be given three months time to sell its stock as well as develop another software to substitute Cyanogen, a specialised form of the Android operating system. The matter was listed for further hearing on Tuesday.

During the proceedings, the bench observed Cyanogen has not been fair to both OnePlus as well as Micromax as the US-based firm entered into an exclusive use agreement with the Indian company when it already had an arrangement with the Chinese manufacturer.

"Your client (Cyanogen) did not show fairness to either Micromax or Shenzhen. If this is how you want to proceed, that is wrong," the bench said to the counsel for the US firm.

Cyanogen had a non-exclusive support and trademark licence agreements with OnePlus with respect to using the operating software for OnePlus handsets in the entire world, including India but excluding China.

The Chinese company, under the agreement, was also allowed to use the Cyanogen trademark.

The US company later entered into an agreement with Micromax for exclusive use of Cyanogen software and trademark in South Asia and said this arrangement superseded the one with OnePlus.

The single judge bench of the High Court had noted in its order that OnePlus could sue Cyanogen for breach of contract, but that would be governed by California state laws. It was without remedy in India as Micromax had a stronger trademark claim.