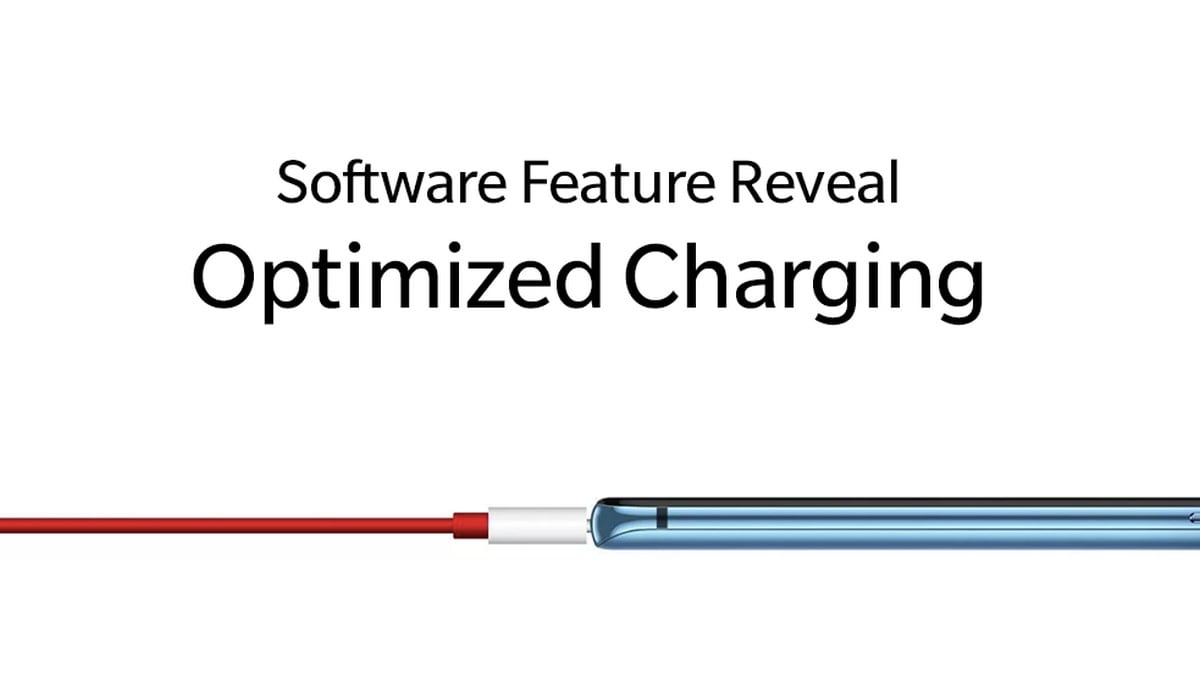 OnePlus has announced a new feature called “Optimized Charging” that is designed to preserve the battery health of your phone. First spotted in beta late last year, the feature suspends the phone from charging to above 80 percent and resumes the charging only 100 minutes before it expects you unplug it. This essentially helps you limit the impact of overcharging of your OnePlus phone overnight. The Optimized Charging feature uses OnePlus' “user sleep cycle detection” function to temporarily suspend battery charging.

Users will get Optimized Charging as an opt-in feature that will be provided within the battery settings menu. OnePlus says that it will stay battery charging level to 80 percent for most of the night -- no matter whether you've connected your phone to the charger for the whole night. However, just 100 minutes before your daily wake up time -- when your first alarm will ring, the phone will finish the charging process and hit 100 percent charge.

“After a few weeks, it will learn that you consistently wake up and take your OnePlus off charge at 8 AM, for example,” OnePlus notes in a forum post while detailing the Optimized Charging feature.

Initially, the feature is a part of last month's OxygenOS beta builds that were released for the OnePlus 7 and OnePlus 7 Pro users. It is, however, unclear whether the feature will reach other OnePlus phones in the coming future. The company has also not clarified whether it will provide the new offering through the next stable OxygenOS update for the OnePlus 7-series models.

That being said, if you're using the beta version on your OnePlus 7 or OnePlus 7 Pro, you can enable the Optimized Charging feature by going through Settings > Battery. OnePlus says that once the feature is enabled, you'll see its activation on the Battery icon and a muted notification will be displayed in the drop-down notification to help you understand its presence.

A toggle will also be available to let you disable the feature directly from the notification screen. This will allow you to charge your phone to 100 percent immediately -- without any delay.

Companies such as Asus have offered similar optimisations for their Android smartphones in the recent past. Apple has also provided a similar Optimised Battery Charging on iPhone models since the release of iOS 13 in September last year.

By deferring charging, smartphone users will be able to preserve battery performance and its longevity. Some forum posts on the OnePlus Community forum suggest that the Optimized Charging feature is one of the long-demanded features by OnePlus users.