OnePlus One to Be Available Without Invites Globally Every Tuesday 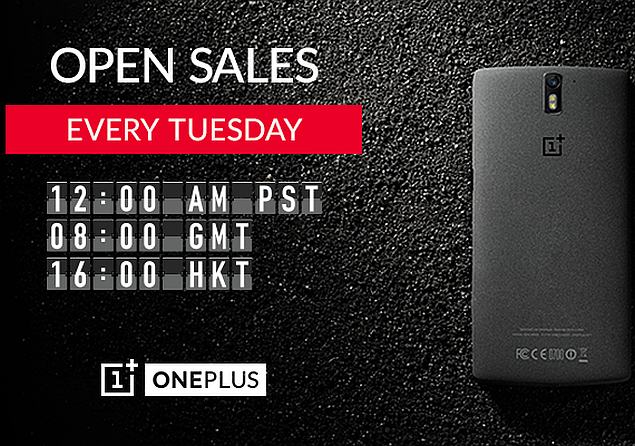 Both the 16GB Silk White and 64GB Sandstone Black variants will be available to purchase on the open Tuesday global sales, which will begin at 8am GMT (1:30pm IST). OnePlus notes that that the invite method of purchase will continue for the remaining six days in a week, and that those customers that buy the smartphone on open Tuesdays will also receive invites to distribute.

Announcing the start of the OnePlus One (Review | Pictures) open sales every Tuesday on its blog post, penned by co-founder Carl Pei, the Chinese firm also mentioned that it has been looking at ways to make the OnePlus One easier to purchase. The firm says it has learnt how to fine-tune its production schedules in the past few months, using the data it has collected from the increased number of invites in circulation, and the numerous pre-orders and open sales in the recent past.

The blog post goes on to detail the first open sales day of the OnePlus One in India on Tuesday, calling it a one-time event with limited stock available. While the company is ostensibly holding the sale to celebrate 10 weeks since its launch in India, the timing is far from coincidental that the open sale happens to fall on the same day as the first flash sale of the much-awaited Xiaomi Mi 4 (Review | Pictures) in the country.

The Xiaomi Mi 4 is priced at Rs. 19,999, and for now is only available in its 16GB variant with no expandable storage option. The 64GB model has just been announced, and is due to hit shelves on February 24 at Rs. 23,999. Except for the storage disparity and the slight price difference, the Xiaomi Mi 4 features similar specifications to the OnePlus One, and the two smartphones are definitely prime competitors in the affordable flagship segment.