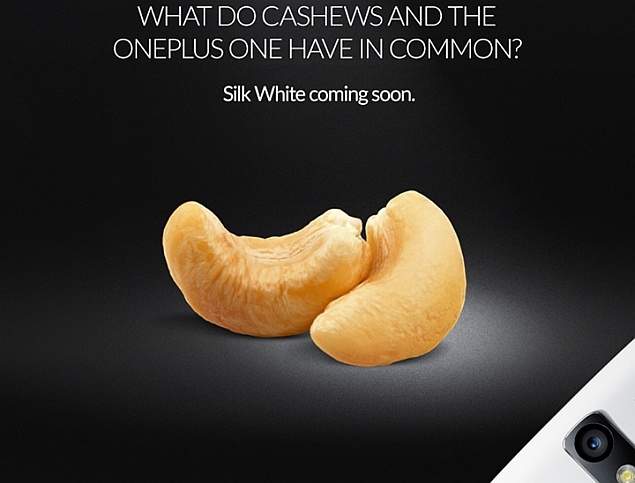 OnePlus on Thursday announced it will soon be launching the 16GB Silk White variant of the OnePlus One smartphone in India.

The company at the India launch of the OnePlus One had said the 16GB Silk White model will not be launched in India, but evidently has changed that decision.

The Chinese smartphone manufacturer made the announcement on the OnePlus forum and OnePlus India Facebook Page.

To win invites for the first flash sale of the 16GB Silk White OnePlus One smartphone, the company also announced a contest where users have to answer a question correctly as a reply to the post on the forum or Facebook page, and fill out a short form with their name, address, and email details. Winners will be chosen at random, and given their invites by February 23, tipping a launch sometime next week.

The question is, "What do cashews and the OnePlus One have in common?" The answer is that the Silk White back cover is made using the cashew nut. How you ask? Well, a Japanese company called Cashew makes lacquer coatings and friction materials for electronics, sports products, woodwork and more, using a plant phenol compound extracted from cashew nuts. On the OnePlus One, this is supposed to provide a silky smooth, 'baby skin' feel.