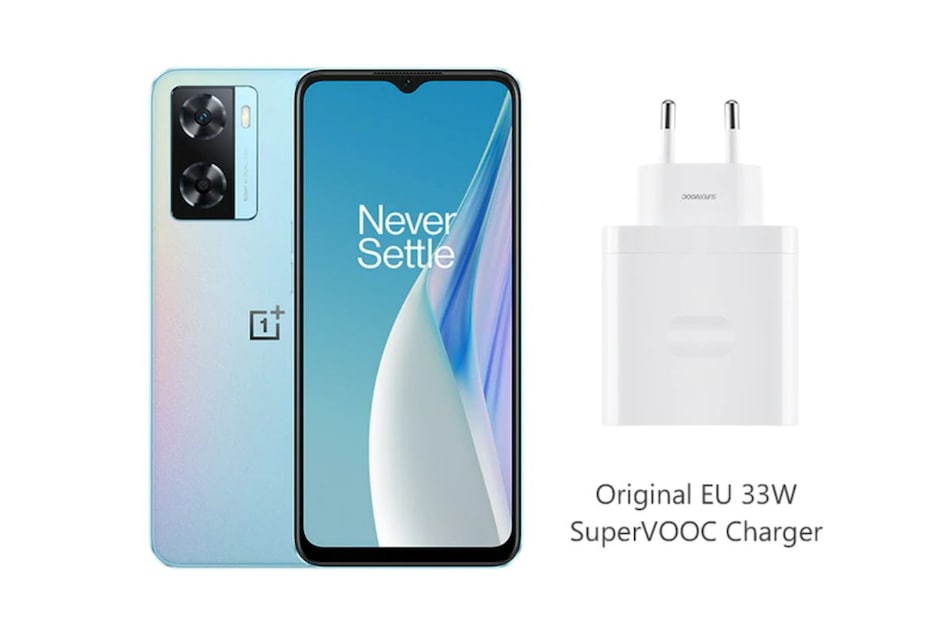 OnePlus Nord N20 SE has been launched in China and is listed for sale on AliExpress. The smartphone from OnePlus will run on Android 12-based OxygenOS 12.1. The Nord N20 SE sports a dual rear camera setup, dual speakers, and a 6.56-inch display. The handset comes with a 5,000mAh battery and supports 33W SuperVOOC fast charging. The smartphone will go on sale from August 8 in China. Earlier, the OnePlus Nord N20 SE was also reportedly spotted on the TDRA certification website with the model number CPH2469.

The OnePlus Nord N20 SE price has been set at $199 (roughly Rs. 15,800) and will go on sale starting August 8 at 12am PT (12:30pm IST) in China. The handset comes in two colour options — Blue Oasis and Celestial Black, and is currently listed on AliExpress.

For optics, the OnePlus Nord N20 SE will feature a dual rear camera setup with a 50-megapixel AI camera and a 2-megapixel camera sensor. The smartphone will also sport dual speakers and a side-mounted fingerprint scanner.

The OnePlus Nord N20 SE will pack a 5,000mAh battery with 33W SuperVooc charging support. The Chinese company claims that the handset will be able to charge to 50 percent battery in about 30 minutes.

To recall, the OnePlus Nord N20 SE was reportedly spotted on the TDRA certification website with the model number CPH2469 in June. The report had claimed that it could be a rebranded version of the Oppo A57 4G that was launched in Thailand.