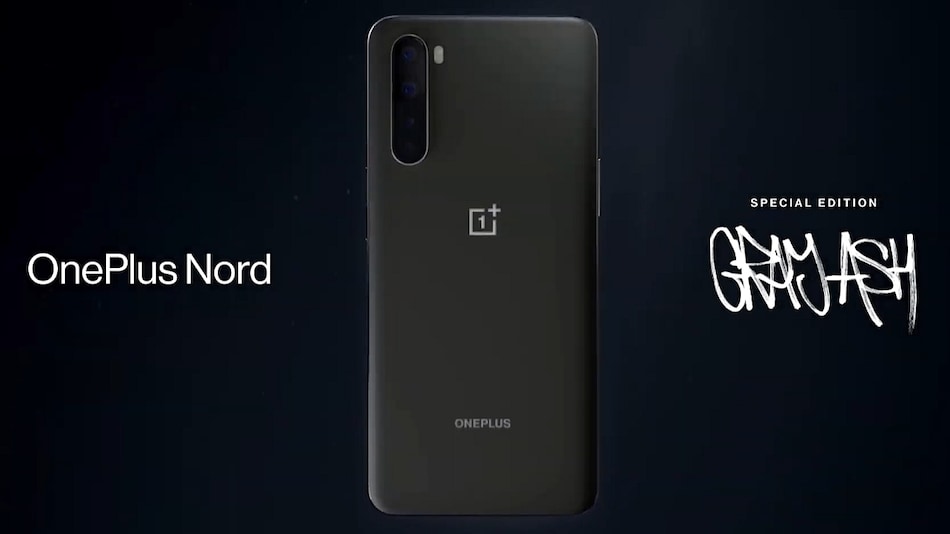 OnePlus Nord is getting a new finish called ‘Gray Ash' alongside the OnePlus 8T. The phone was launched in July this year and at that time it was made available in Blue Marble and Gray Onyx colour options. The new colour finish has been introduced ahead of the festive season to give consumers more options to choose from. The OnePlus Nord Gray Ash colour variant is slightly lighter than the Gray Onyx option.

The new OnePlus Nord Gray Ash model offers a new finish, and is only available for the 12GB + 256GB variant at launch, at the same price. OnePlus Nord 6GB RAM + 64GB storage model is currently priced at Rs. 24,999 in India, whereas the 8GB + 128GB option is priced at Rs. 27,999, and the 12GB + 256GB storage version retails at Rs. 29,999. The new model will sit alongside the Blue Marble and Gray Onyx colour options that have already been available since launch. The new OnePlus Nord in Gray Ash will be available via Amazon.in, OnePlus.in, and offline retail channels from October 17 - the start of the Amazon Great Indian Festival sale, with an early access sale for Amazon Prime on October 16. In the UK and Europe, it has been priced at GBP 469 (roughly Rs. 44,800) and EUR 499 (roughly Rs. 43,000) respectively, and will go on sale from Thursday, October 14.

As mentioned, OnePlus Nord Gray Ash version comes with same specifications as other colour variant. It runs on Android 10-based OxygenOS 10.5 and features a 6.44-inch full-HD+ (1,080x2,400 pixels) Fluid AMOLED display. The phone is powered by octa-core Qualcomm Snapdragon 765G SoC, paired with up to 12GB RAM. On the storage front, the OnePlus Nord has up to 256GB of UFS 2.1 storage that doesn't support expansion via a microSD card.

5 Reasons Why the #FullOn Samsung Galaxy F41 Is the Phone You Need to Buy This Festive Season
Is OnePlus 8T the Best ‘Value Flagship’ of 2020?