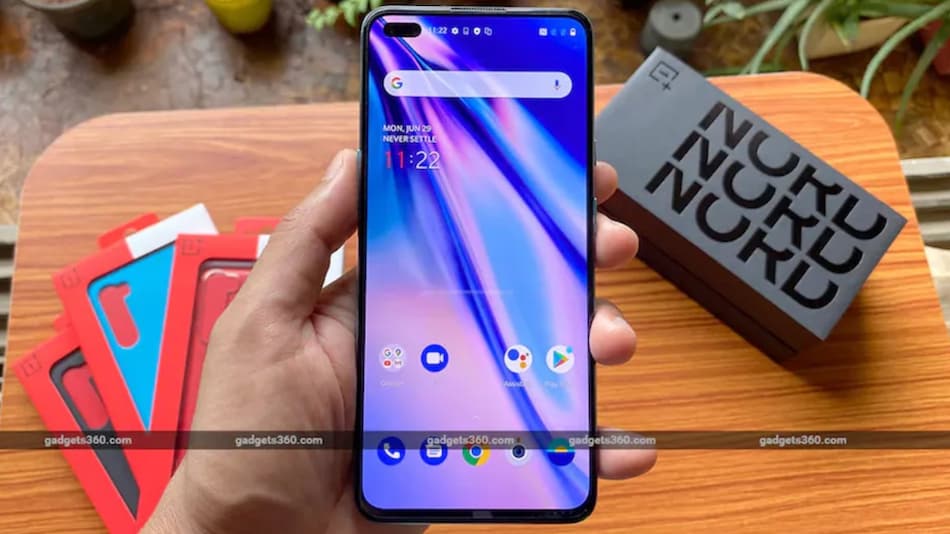 OnePlus Nord 2 could be powered by MediaTek Dimensity 1200 SoC, AI Benchmark listing of the smartphone suggests. The smartphone, tipped to be a rebadged Realme X9 Pro, has been leaked on several occasions in the past few weeks. One of the previous reports suggest that the handset may sport a 6.43-inch full-HD+ AMOLED display with a 90Hz refresh rate, and may debut in two storage configurations — 8GB + 128GB and 12GB + 256GB. The rumour mill also suggests that the phone may launch in July.

There has been no official announcement by OnePlus on the upcoming smartphone. However, a media report claimed that the OnePlus Nord 2 moniker was accidentally confirmed by the company in a Stadia Premiere Edition promo. Additionally, the handset is tipped to be a rebadged Realme X9 Pro, and is expected to launch in July. Tipster Steve Hemmerstoffer, aka OnLeaks, recently shared the purported specifications of OnePlus Nord 2.

OnePlus Nord 2 may sport a 6.43-inch full-HD+ AMOLED display with a 90Hz refresh rate. It is expected to be powered by an octa-core MediaTek Dimensity 1200 SoC. For photography, OnePlus Nord 2 may feature a triple rear camera setup with a 50-megapixel primary sensor along with 8-megapixel and 2-megapixel secondary sensors. It may pack a 32-megapixel selfie camera sensor at the front. The smartphone is tipped to come with a 4,500mAh battery, and an in-display fingerprint sensor.

Samsung Galaxy A22 Price in India, Specifications Tipped Ahead of Launch
Beyond the Display: What Makes the Samsung Crystal TV 4K So Great?