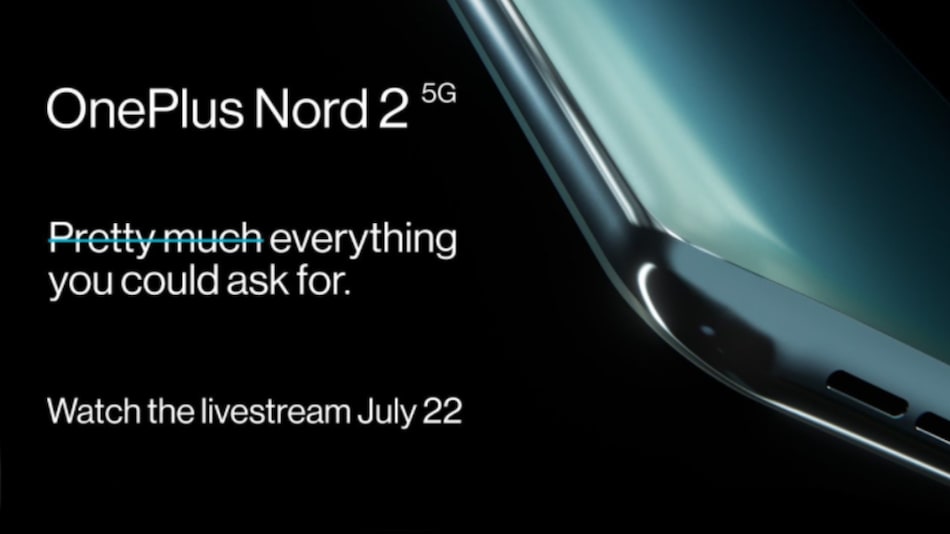 OnePlus Nord 2 and OnePlus Buds Pro are all set to launch in the Indian market today. The launch event will begin at 7:30pm IST. Both the devices have been teased regularly in the past weeks, revealing design and specifications. OnePlus Nord 2, for instance, will be powered by the MediaTek Dimensity 1200-AI SoC and will pack a 4,500mAh battery with 65W Warp Charge fast charging support. OnePlus Buds Pro are teased to come with adaptive noise cancellation, among other features.

The launch event for OnePlus Nord 2 and OnePlus Buds Pro will begin at 7:30pm IST. The event will be held virtually, and can be viewed live on YouTube. You can watch the livestream below:

OnePlus Buds Pro should be an upgrade to OnePlus Buds. The new Pro variant can be speculated to be priced higher than the vanilla Oneplus Buds, that are currently priced at Rs. 4,999. OnePlus Buds Pro are reported to come in a Matte Black colour option.

OnePlus Nord 2 has been confirmed to get two OS updates and three years of software support after launch. OnePlus Nord 2 is likely to have dual-SIM slots and run on OxygenOS 11.3. It will feature a 6.43-inch full-HD+ (1,080x2,400 pixels) Fluid AMOLED display with 20:9 aspect ratio, 90Hz refresh rate, and 410ppi pixel density. The phone will be powered by the MediaTek Dimensity 1200-AI SoC. It is likely to come in two storage configurations — 8GB + 128GB and 12GB + 256GB.

On the camera front, OnePlus Nord 2 is confirmed to feature a triple camera setup with a 50-megapixel IMX766 sensor. There is likely to be an additional 8-megapixel secondary sensor and a 2-megapixel tertiary sensor on the back. At the front, there could be a 32-megapixel selfie camera with features such as dual video, nightscape ultra, group shot 2.0, and more.

There is expected to be an in-display fingerprint sensor on OnePlus Nord 2. The phone is confirmed to pack a 4,500mAh battery with 65W Warp Charge fast charging support.

The upcoming OnePlus Buds Pro are reported to feature an in-ear design and see upgrades to the OnePlus Buds launched last year. Kinder Liu, OnePlus' head of research and development, confirmed to CNET that the earbuds will come with adaptive noise cancellation. It will be equipped with three microphones allowing it to "intelligently produce noise-cancelling counter frequencies." It will be able to adjust "how much noise cancelling is needed, auto-tuning itself from a minimum of 15 decibels to a maximum of 40db."

Further, Liu says that OnePlus Buds Pro may offer up to 28 hours of battery life with the charging case with adaptive noise cancellation turned on and up to 38 hours with the feature turned off. Users can toggle noise cancellation via touch controls on the earbuds or via the HeyMelody app. The charging case will come with a USB Type-C port that is likely to offer 10 hours of battery life with just 10 minutes of wired charging. It will also support Qi-wireless charging at 1W speeds. Wired charging speeds are reported to be at 10W.