In merely three months since its launch, the OnePlus Nord 2 5G has allegedly exploded for at least a couple of times. 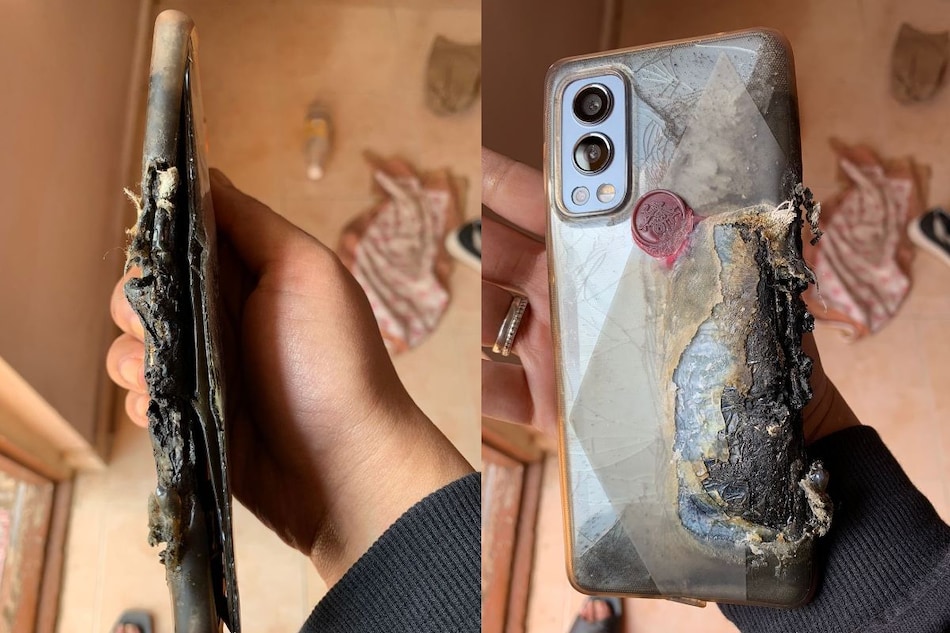 OnePlus Nord 2 5G has allegedly exploded in India — yet again. The fresh incident has been reported on Twitter, along with some images that suggest serious injuries to the user. Although OnePlus has not yet provided any details about the blast, the user has mentioned that the company has reached out to understand the matter. This is notably not the first time when the OnePlus Nord 2 5G has allegedly exploded. Similar incidents surfaced in the past as well.

A Maharashtra-based user on Twitter has posted images showing the exploded OnePlus Nord 2 5G unit. One of the images also suggests that the user received serious burns due to the blast.

@OnePlus_IN Never expected this from you #OnePlusNord2Blast see what your product have done. Please be prepared for the consequences. Stop playing with peoples life. Because of you that boy is suffering contact asap. pic.twitter.com/5Wi9YCbnj8

The issue was originally reported on Twitter on Wednesday, November 3. Shortly after the initial tweet was posted, the OnePlus Support team asked the user to connect over direct messages on Twitter to furnish further information about the issue. The company has not yet provided any details on the matter, though.

However, the issue gained some attention on Monday following press coverage. The user then responded to his original thread and said that the company is in “constant touch”.

When we reached out, OnePlus shared the following statement with Gadgets 360 over email: "We take such incidents seriously. Our team has already reached out to the user and we are in the process of collecting the details to investigate this further."

The OnePlus Nord 2 5G was launched in July as the successor to the company's popular mid-range model OnePlus Nord. In a little over three months since its launch, the new OnePlus phone allegedly exploded at least a couple of times.

In one case, OnePlus even sent a legal notice to the user who alleged an explosion of his OnePlus Nord 2 5G phone.

Alongside the phone itself, the OnePlus Nord 2 5G charger also recently exploded. The company, however, blamed external factors in that matter.

The latest incident about the OnePlus Nord 2 explosion comes just days ahead of the launch of the OnePlus Nord 2 Pac-Mac Edition. The new phone has been teased on Amazon and is confirmed to be available with a price tag of Rs. 37,999. This is Rs. 3,000 more than the top-of-the-line variant of the regular OnePlus Nord 2 that is priced at Rs. 34,999.