The updated launcher can be downloaded from the Google Play store. 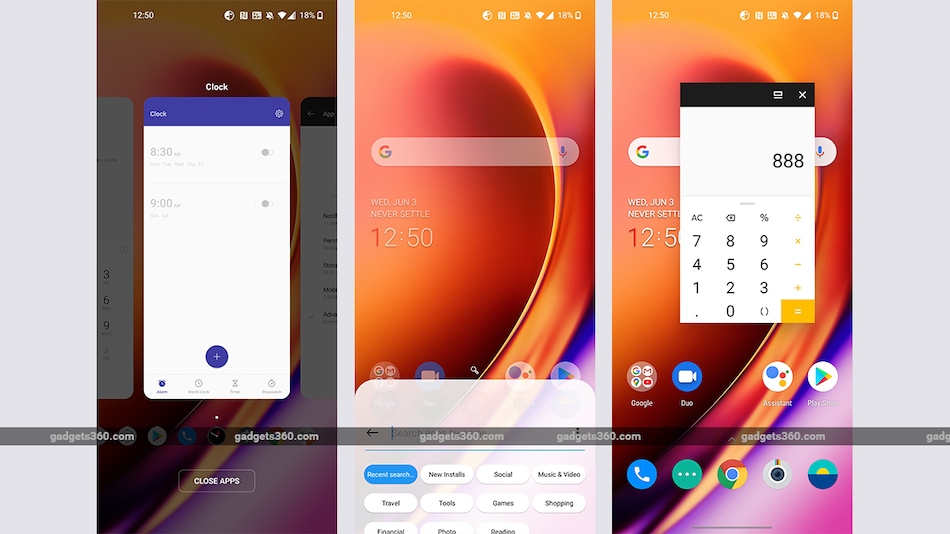 OxygenOS on OnePlus smartphones is one of our favourite Android skins and the latest update has made it a bit better. OnePlus released its latest version of its launcher on June 1, with some new features. It now offers a simpler way to browse the recent apps menu and a new gesture to access the search box in the app drawer. The update is live for OnePlus devices on Google Play and according to the changelog, the new version is now compatible with the OnePlus 5 and OnePlus 5T devices as well.

OnePlus made the announcement via a post on its forums, as reported by XDA Developers.

The new launcher (v4.4.2) now shows you the app icons under the cards for recent apps and you can even cycle to multiple apps in a single swipe, unlike before. You can either swipe the row of icons or directly tap on the icon to jump to that app card. The addition of the icons also makes it easier to identify the respective app. To close all the apps, you now have a ‘Close Apps' button instead of a giant ‘X.' Finally, to access the options menu for each app card, you simply long press on the app card, instead of pressing the vertical three dots.

Next, is a new gesture to access the app search box in the app drawer. All you have to do is swipe-up and hold for the app drawer, which immediately puts the focus on the search box. When you finish the gesture, you can directly start typing your search query. A hidden feature in this new launcher, discovered by Android Police, is support for freeform windows in Android 10. You'll need to enable developer options, then search for ‘Enable freeform windows' and enable it. You'll need to restart your phone after this. Once that's done, go to the recent apps menu, long-press an app card and you should see ‘Freeform' as the last option. This should allow you to use most apps in a floating window, which can be moved around the screen.