The original OnePlus Concept One smartphone showcased had orange hues instead of black. 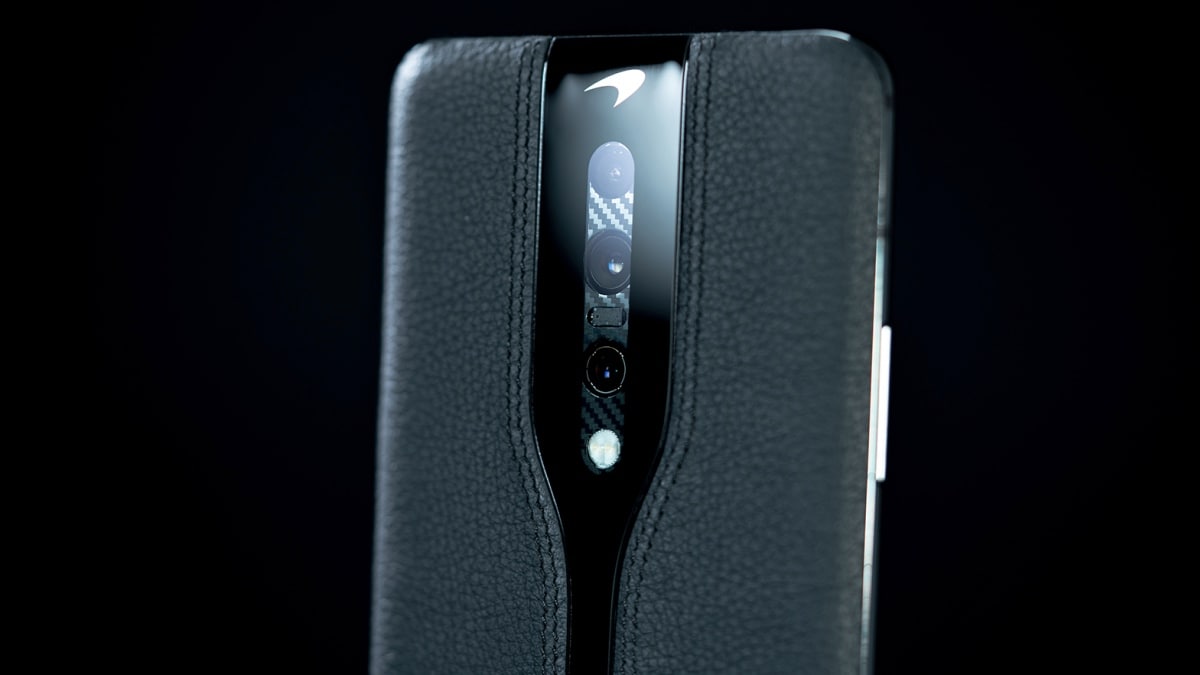 OnePlus Concept One was showcased at CES 2020, and featured an electrochromic glass panel.

OnePlus is still a few months away from launching its 2020 consumer smartphones, but started the year with a concept launch at CES in Las Vegas. The OnePlus Concept One smartphone was showcased at the show, and came with a unique design that was able to hide the rear cameras when not needed. While the version showcased came with an orange leather panel in the classic McLaren-inspired shade, new renders show a prototype with an all-black leather panel at the back.

In an interview published on the OnePlus forum, Kevin Tao from the Industrial Design team at OnePlus shared images of a prototype during the early stages of development of the device. The prototype has a black leather panel at the back, matching with the black glass of the device.The McLaren logo remains visible at the top, although there is no OnePlus logo right below the camera module. The rest of the design is similar to the concept smartphone showcased at CES 2020.

The OnePlus Concept One is claimed to be the first smartphone to feature an electrochromic glass panel, which can turn transparent or opaque to reveal or hide the rear cameras. OnePlus claims that it takes just 0.7 seconds to transition from solid black to fully clear, which is quicker than the camera itself takes to fully activate.

This was inspired by McLaren's 720S Spider sports car, which features a retractable hard-top with the same kind of electrochromic material that can be switched between tinted and transparent states. Since the phone is a concept device, it's unlikely to be launched on its own; instead, the technology on the device could make its way to future OnePlus devices such as the OnePlus 8 series.