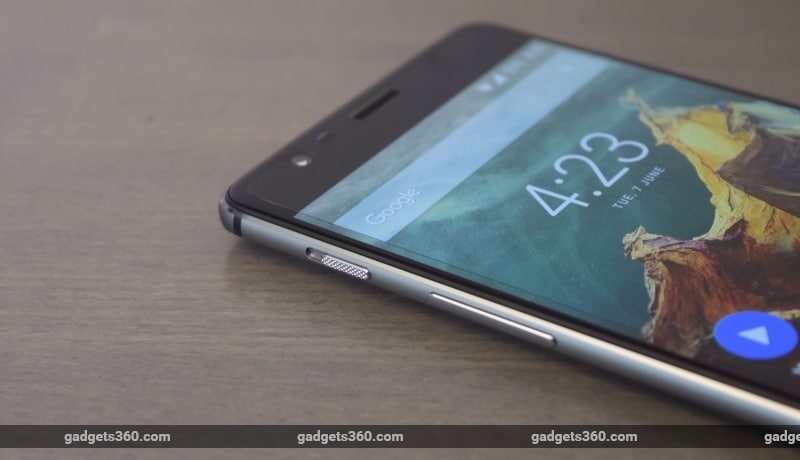 It's been over three months since the launch of the OnePlus 3 and users of OnePlus' latest flagship device have been waiting eagerly for the latest Android 7.0 Nougat update. OnePlus recently told its fans during a Reddit AMA that it is "actively working" on bringing the latest Android update to its current flagship. CEO Pete Lau has now posted a short clip on Twitter which shows the Android Nougat's 'N' logo on the OnePlus 3.

Already hard at work on the latest and greatest. #NeverSettle pic.twitter.com/pirsJS3jOD

Keeping true to the company's 'Flagship Killer' title, the OnePlus 3 was launched with impressive, flagship specifications at a nominal price of Rs. 27,999. The dual-SIM smartphone features a 5.5-inch display and full-HD resolution (401ppi). It features Qualcomm Snapdragon 820 SoC (two cores clocked at 2.2GHz, and two cores clocked at 1.6GHz) with Adreno 530 GPU on board, and 6GB of LPDDR4 RAM.

The device was launched running OxygenOS based on Android 6.0.1 Marshmallow. It is well known that the OnePlus devices are developer-friendly leaving the device open for custom-built mods. Thus, some OnePlus 3 users would have already experienced the Android 7.0 Nougat update if they installed the unofficial CyanogenMod CM14 ROM by XDA-Developers. The ROM, however, is very unstable and the developers urge caution for those who wish to install it.

Android 7.0 Nougat brings tons of new features such as multi-window support which will allow you to run two apps side by side, direct reply to notifications, updated Doze for better battery life, virtual reality support and improved system performance.

The company is yet to reveal the exact date of the Android N rollout for the OnePlus 3, but the teaser tells us that the update may be here soon enough.