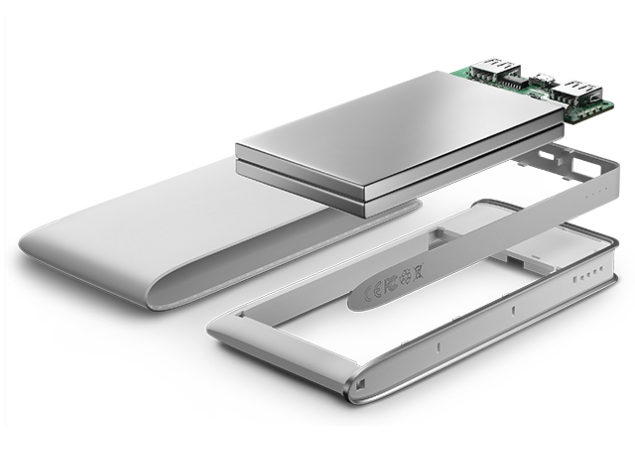 OnePlus on Wednesday, its first anniversary, announced its first power bank accessory, due to launch early next year. The company also announced open sales for the OnePlus One for the day, and a couple of contests.

Called the OnePlus Power Bank, it features a 10000mAh capacity, and will be available in Silk White and Sandstone Black variants, just like the the One smartphones themselves. It will be priced at $14.99/ EUR 15.99 (roughly Rs. 950).

The OnePlus Power Bank bears two USB ports for simultaneous charging, and takes roughly 5.5 hours to charge itself. It has dimensions 142.8x72.6x16.2mm, and weighs 220 grams.

December 17 will also see a OnePlus One sale, which will not require invites to purchase the smartphone. Once again, those countries are eligible where OnePlus provides shipping. As for the contests, OnePlus says users have the chance to win the One smartphone if they wish the firm happy birthday on its Vine page.

OnePlus has also started a naming competition for the upcoming OnePlus Android Lollipop-based ROM. The winner gets a trip to Hong Kong to meet the team, a One smartphone and a power bank.

Of course, the Chinese manufacturer has announced all this while it is reportedly facing a ban on import and sales of its Cyanogen-branded smartphones in India. Micromax is said to have moved the Delhi High Court for the injunction order, claiming the OnePlus One launch in India was a violation of the Indian firm's exclusivity agreement with Cyanogen.

OnePlus has reportedly been allowed to clear its Cyanogen-branded stock, as long as it does not import more such handsets. A OnePlus executive said the company is working to find a solution, "In accordance with a judgement passed by the Delhi High Court, we will no longer be producing the OnePlus One with CyanogenMod to be sold in India. We are still fully committed to serving our users in the region and, in light of this decision, are working to find a solution that will allow us to continue operations as soon as possible."