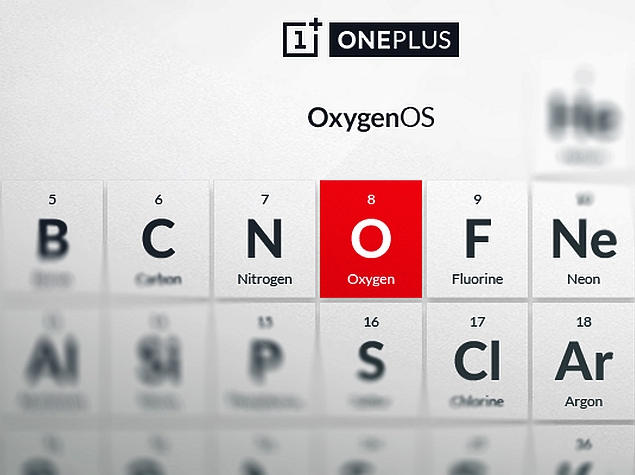 Following its December 31 alpha release of its custom Android 5.0 Lollipop build, OnePlus on Friday officially announced a name for the custom ROM - OxygenOS.

The firm also announced it was developing a separate custom ROM for the Chinese market, called HydrogenOS or H2OS. Both the ROMs are likely to be similar with some region-specific changes. More details will be announced by the firm on February 12.

"As an element, Oxygen is the epitome of simplicity, yet it's also extraordinarily powerful," stated the OnePlus forum administrator, Brandon H., while announcing the new name of the custom Android ROM.

He adds that the ROM will be "customisable, and free of bloat and unnecessary features," delivering a "bold, powerful, straight-forward experience."

The introduction of OxygenOS by OnePlus, and the scheduling of the February 12 announcement is in-line with the company's previously announced timeline of replacing the Cyanogen OS it currently offers buyers.

The company has already started shipping OnePlus One units without Cyanogen branding, with users reporting (via 9to5google) receiving such devices. However, according to a recent forum post by the firm, the change took place to give it a "cleaner and more unified look across all regions."

OnePlus' decision to build a custom ROM in November was made after the Micromax-Cyanogen deal came to light. Cyanogen, which had a global non-exclusive agreement with OnePlus for use of its software and trademark in 16 nations, excluding China, said in view of its contract with Micromax (for Yu Yureka smartphone) it can no longer provide updates to the OnePlus handsets sold in India.

The decision was soon followed by a temporary injunction order by the Delhi High Court on OnePplus from selling its devices in India on Micromax Informatics Ltd's plea that its exclusive rights to Cyanogen OS in India were being infringed by the Chinese company. The Delhi High Court however lifted the ban on sale of OnePlus handsets embedded with Cyanogen software later the same month, giving it three months to finish its stock.