OnePlus 9E phone is tipped to be powered by the Snapdragon 690 SoC. 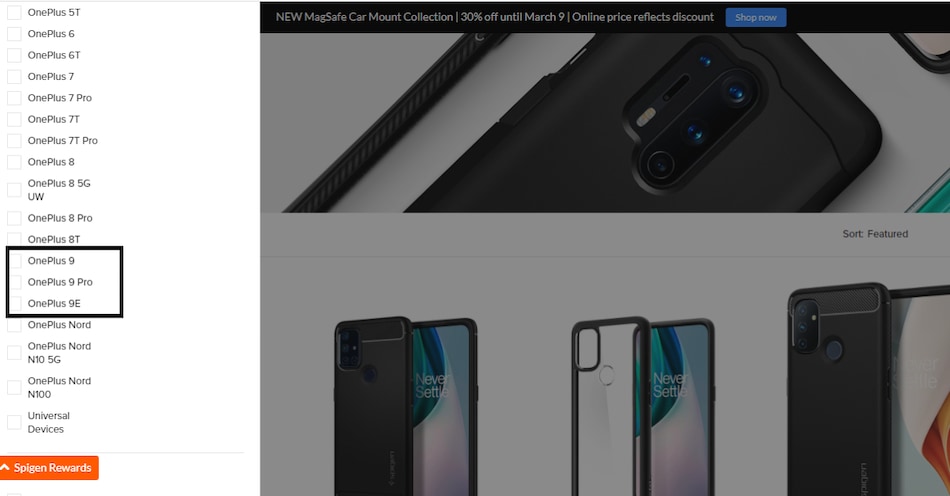 The Spigen site has listed all the three models of the OnePlus 9 series ahead of their official launch. The third model is listed as the OnePlus 9E and not OnePlus 9R. There is no clarity on whether Spigen has listed these phones based on rumours or official communication from OnePlus. This listing was first spotted by MySmartPrice.

As for the camera, the OnePlus 9E may have a dual camera setup that is likely to include a 64-megapixel primary sensor and an 8-megapixel ultra-wide sensor. This model is expected to pack a 5,000mAh battery.

On March 8, OnePlus should hopefully announce the OnePlus 9 series launch event date, which is largely speculated to be March 23. Reports also claim that alongside the OnePlus 9 range, the company could also introduce the OnePlus Watch in global markets.