OnePlus 9 Pro will pack a quad rear camera setup and come in a silver colour option, among others. 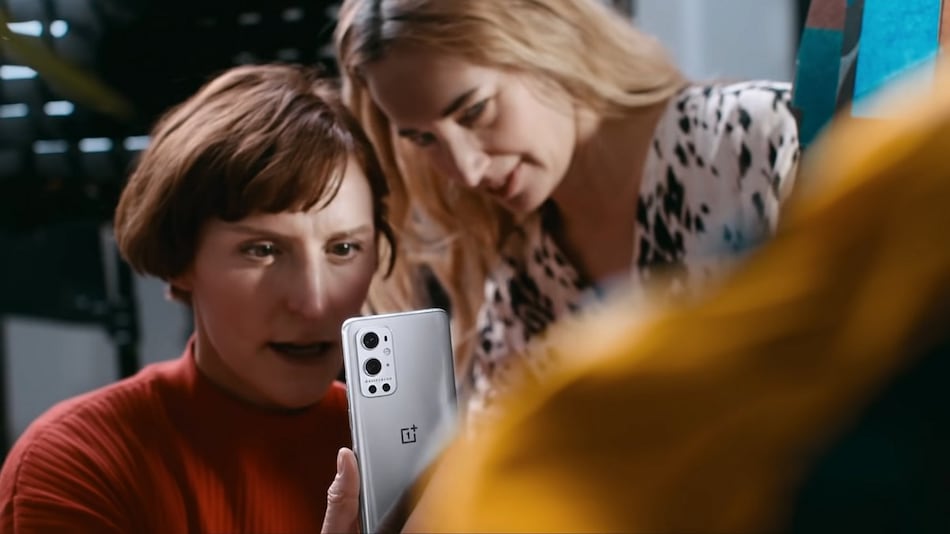 OnePlus 9 Pro will launch on March 23 alongside OnePlus 9

OnePlus 9 Pro has been teased again through a promo video giving an official look at the back panel and camera setup. The company first teased the phone a few days ago through a clip on Twitter but this time we get to see a live view of the phone. OnePlus 9 Pro comes with a quad rear camera setup and the company has worked with Swedish brand Hasselblad to improve camera performance on the OnePlus 9 series. OnePlus will launch the OnePlus 9 series on March 23.

The 15-second promo video shared on the company's YouTube channel shows Hasselblad ambassadors Sarah Cooper and Nina Gorfer using the OnePlus 9 Pro to capture some images. The video narration says, “what if the colours we saw in the real world were the same colours we could keep in our memories,” hinting at true-to-life colours captured by the Hasselblad-branded cameras on the OnePlus 9 series, or at least OnePlus 9 Pro. OnePlus has been teasing the camera performance of the OnePlus 9 series and recently, company CEO Pete Lau tweeted the series will have “Natural Colour Calibration with Hasselblad.”

The promo video also shows the curved back design of the OnePlus 9 Pro with the company logo in the middle. The grey model is shown off this time as well and the power button and notification slider can be seen on the right side as well.

Recently, renders of the OnePlus 9 Pro and OnePlus 9 were leaked showing off the two phones from various angles and in the three colour options they are said to be offered in. The Pro variant is expected to come in black, green, and silver colours while the vanilla variant may be offered in black, blue, and purple colours. Both seem to have Hasselblad-branded cameras and the company shared earlier this week that it has gone into a three-year partnership with Hasselblad with a $150 million (roughly Rs. 1,090 crore) investment.