OnePlus 9 Pro is expected to come in black, green, and silver colours with a quad rear camera setup. 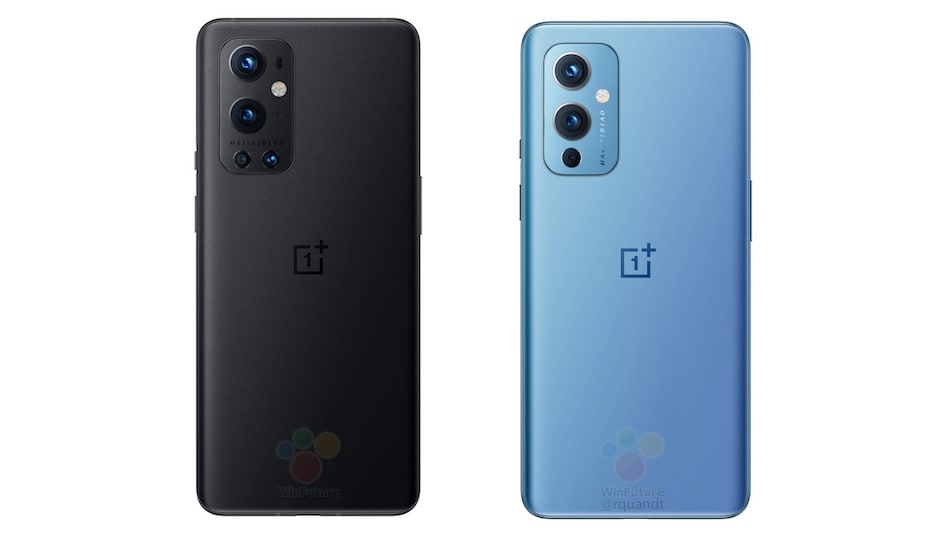 OnePlus 9 series will be unveiled on March 23 and renders of OnePlus 9 Pro and OnePlus 9 have allegedly leaked. They show the front and rear design of the two phones along with the colour variants that can be expected at launch. The two phones have been in the news as part of leaks and rumours for some time now, with the latest being an alleged Geekbench listing of OnePlus 9 Pro. Additionally, the live and static wallpapers for the OnePlus 9 series have been allegedly leaked as well.

Starting with the design of OnePlus 9 Pro and OnePlus 9, a report by WinFuture shows official-looking renders of the front, back, and sides of the two phones. OnePlus 9 Pro can be seen in black, green, and silver colours with its Hasselblad-branded camera module housing four sensors. There is a camera bump but it doesn't seem to stick out much and the notification slider can be seen in its usual location.

Speaking of the cameras on OnePlus 9 Pro, company CEO Pete Lau recently tweeted that the OnePlus 9 series will pack a Sony IMX766 ultra-wide sensor that, according to a Weibo post by the company, is a 50-megapixel sensor.

OnePlus 9 is expected to come in black, blue, and purple colours with a Hasselblad-branded triple rear camera setup. It may come with a 6.5-inch flat display with slim bezels all around. There is a similar camera bump but the laser autofocus seems to be missing here.

Furthermore, a OnePlus phone with model number OnePlus LE2115 has been spotted in a Geekbench listing, showing 12GB of RAM and a Snapdragon 888 SoC (codename Lahaina). This listed phone model is believed to be OnePlus 9 Pro. It has a single-core score of 1,120 and a multi-core score of 3,630. The Geekbench listing was first spotted by tipster Mukul Sharma and independently verified by Gadgets 360.

Lastly, a report by Oxygen Updater shows the various static and live wallpapers that will allegedly be present in the OnePlus 9 series. The website also provides links to download the wallpapers for your phone.