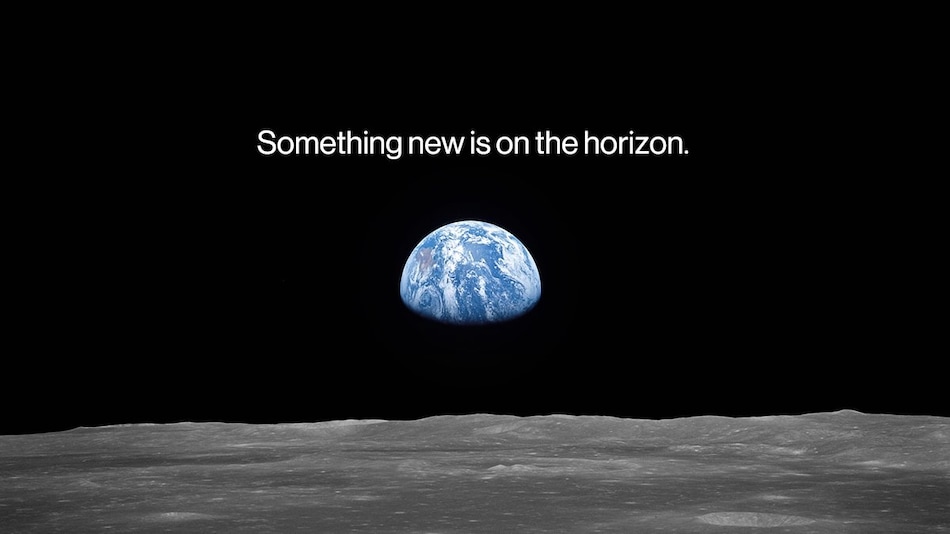 OnePlus India website has a dedicated page for the announcement

OnePlus 9 Series is expected to launch in India sometime later this month. A dedicated webpage has been set up on the company's India website with the title “Moonshot.” The mysterious page doesn't reveal much, except notifying that OnePlus is expected to announce “something new” on March 8. Now, this might indicate that the OnePlus 9 lineup of smartphones could be announced on the date. On the other hand, it could also mean that the company will announce the actual launch date of the upcoming series on March 8. Some earlier reports hinted that the smartphones could be launched on March 23, or mid-March at the earliest.

The OnePlus “Moonshot” webpage doesn't give away much. On a stark black background, it shows a photo of the Earth, with the message, “Something new is on the horizon. Stay tuned, March 8.” You can enter your email address and subscribe for notifications. Once you enter an email ID and subscribe, however, OnePlus doesn't send any mail with information or teasers on the upcoming smartphone series – Gadgets 360 could verify independently. A fine-print disclaimer at the bottom of the page reads, “Subscribe to receive news, promotions and recommendations about OnePlus products and services from OnePlus, its agencies and partners.”

Apart from these, there's no mention of the upcoming OnePlus 9 series or OnePlus Watch that is expected to launch alongside later this month. So, it can be speculated that on March 8, the company will announce the launch date for the upcoming lineup of smartphones. On the other hand, previous leaks suggested that OnePlus 9 series could launch on March 23, or mid-March at the earliest. Hence, it could also be assumed that the company could announce the actual launch date on March 8. The company has remained tight-lipped on its social media channels as well.

OnePlus 9 series is expected to comprise three models – the high-end OnePlus 9 Pro, the vanilla OnePlus 9, and an affordable variant that could be called OnePlus 9R. Last year, OnePlus CEO Pete Lau confirmed that OnePlus Watch will be launched sometime early this year. Rumour mill suggests that the wearable could debut alongside the three new phones in March.