OnePlus 9 is expected to sport a 12-megapixel telephoto camera with autofocus. 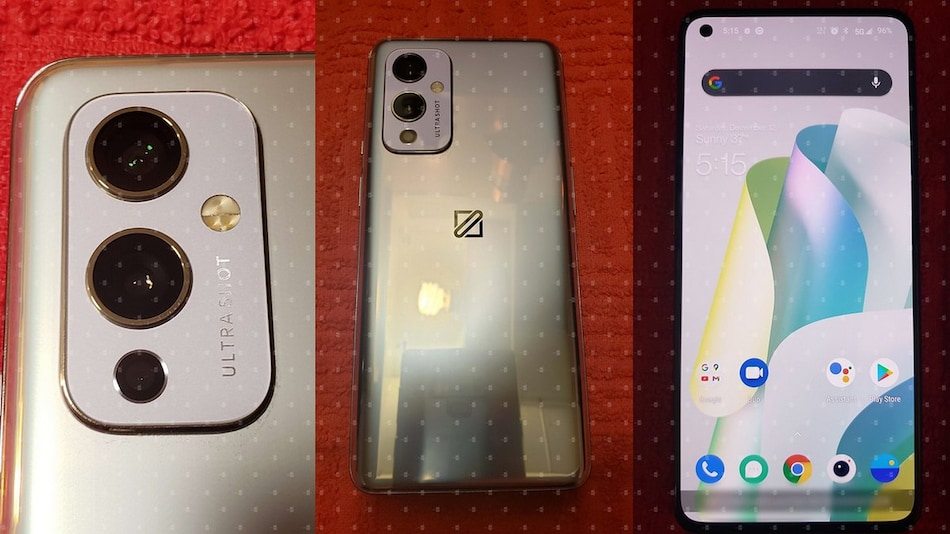 OnePlus 9 may come with a triple camera setup and its details have been leaked online. The phone was earlier reported to have Leica cameras on board, and now a fresh leak reveals specifications. OnePlus 9 is expected to have a main 50-megapixel ultra-vision wide-angle camera on board. The triple camera setup also includes a telephoto lens and an ultra-wide-angle lens. Separately, a new OnePlus 33W charger has also reportedly been spotted on TUV Rheinland certification site, hinting at its arrival in the future alongside a OnePlus handset.

Camera specifications of OnePlus 9 were listed briefly on SlashLeaks, first spotted by GizmoChina. According to the leak, OnePlus 9 is expected to feature a 50-megapixel main camera with f/1.9 aperture. Additionally, the triple camera setup on OnePlus 9 includes a 20-megapixel ultra-wide angle cine camera with f/1.8 aperture and a 12-megapixel telephoto camera with autofocus and f/3.4 lens. Apart from this, the leak reveals little else.

Past leaks indicate that the triple sensors on OnePlus 9 are placed in one vertical line in a rectangular-shaped module. At the front, the phone is reported to have a hole-punch display with the selfie camera cutout placed in the top left corner. Details regarding the selfie camera are not known. OnePlus 9 was earlier tipped to integrate Leica cameras. If that turns out to be true, this could help in significantly improving photo quality on OnePlus phones.

Coming to other specifications, OnePlus 9 is reported to feature a 6.55-inch full-HD+ (1,080x2,400 pixels) display with 120Hz refresh rate and 20:9 aspect ratio. It is tipped to be powered by the Snapdragon 888 SoC. The phone is also expected to come with HDR support, house a 4,500mAh battery, and run Android 11 out-of-the-box. The OnePlus 9 series is expected to include OnePlus 9 Pro as well, and it may be launched sometime in March next year.

GizmoChina also reports separately that a new OnePlus 33W charger has been spotted on TUV Rheinland site. This charger should likely be bundled with upcoming OnePlus Nord phones, as the flagship range is expected to upgrade to even-faster charging. However, the listing does not offer any clarity on which range of handsets the adapter will be integrated with.