OnePlus 8T comes with a 120Hz display and a 4,500mAh battery that can charge completely in just 39 minutes. 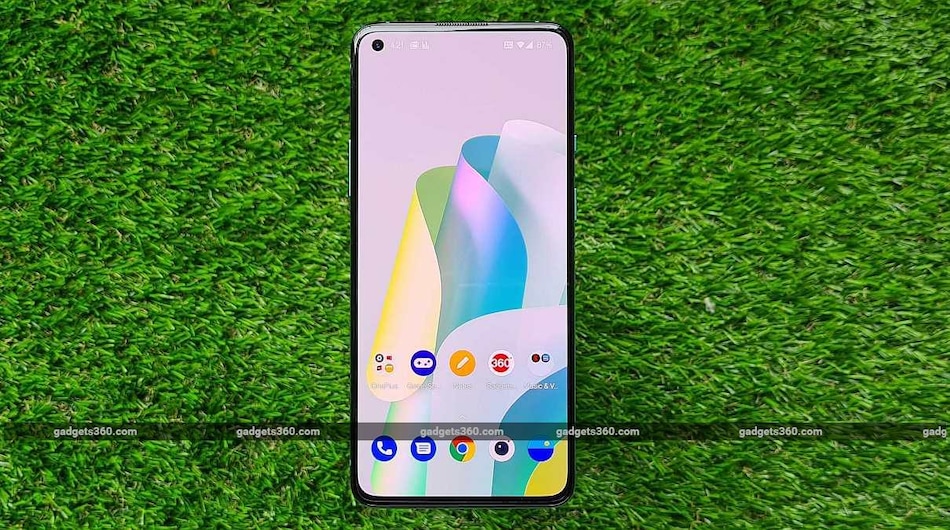 OnePlus 8T has been launched in India as the latest entrant in the company's smartphone portfolio, following the OnePlus 8 series. With the latest launch, OnePlus continues its tradition of releasing a ‘T' series model of a flagship that it introduced earlier in the same year. OnePlus 8T comes with some changes and improvements over the regular OnePlus 8, just like other ‘T' models. It features 120Hz refresh rate display, up from the original's 90Hz. It also supports 65W fast charging, up from the OnePlus 8's 30W charging. There is also a larger battery compared to the OnePlus 8, and a quad rear camera setup instead of triple.

OnePlus 8T will be available for purchase via Amazon India, OnePlus India website, and offline channels starting October 17 - which happens to be the start of the Amazon Great Indian Festival. It will be available on October 16 in an early access sale for Amazon Prime and OnePlus Red Cable Club members. Launch offers include 10 percent discount on HDFC Bank cards on Amazon.in, no-cost EMIs on HDFC Bank cards, Rs. 1,000 discount with HDFC Bank debit cards purchases and Rs. 2,000 discount with HDFC Bank credit card purchases via offline channels, with the last two offers becoming available via OnePlus.in starting October 24. OnePlus is also touting benefits worth Rs. 6,000 from Jio.

The OnePlus 8T has a quad rear camera setup

OnePlus 8T comes with up to 256GB of UFS 3.1 onboard storage that is not expandable. Connectivity options include 5G, 4G, dual-band Wi-Fi, Bluetooth 5.1, GPS, NFC, Glonass, and a USB Type-C port for charging. OnePlus 8T is backed by a 4,500mAh battery - up from 4,300mAh on the OnePlus 8 - that supports 65W fast charging - what it calls Warp Charge 65. The company claims that the battery can be charged up to 100 percent in just 39 minutes and up to 58 percent in just 15 minutes. OnePlus 8T measures 160.7x74.1x8.4mm and weighs 188 grams. The company is touting improved heat dissipation in the new phone, and says it has the best thermal performance of any OnePlus phone.