OnePlus 8 Pro and OnePlus 8 are rumoured to debut as early as April 14. 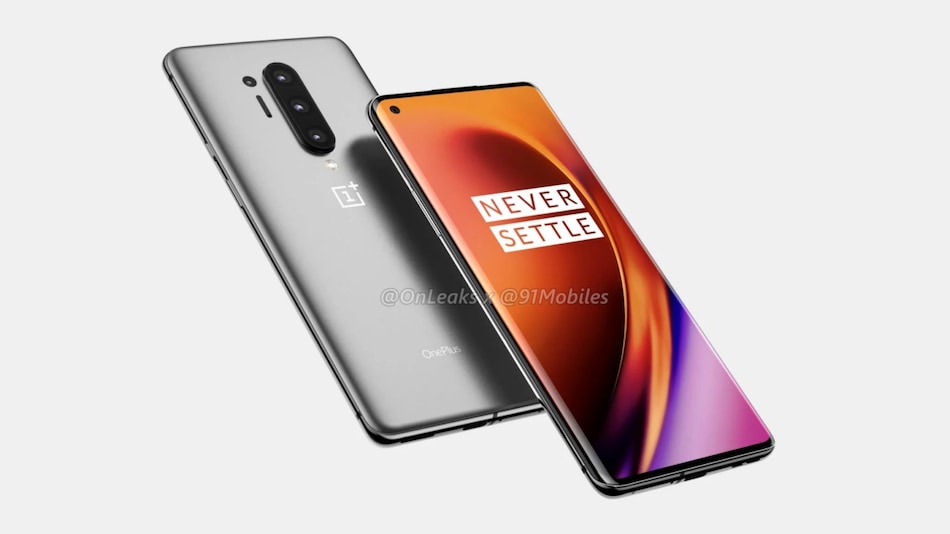 OnePlus 8 Pro and OnePlus 8 are amongst the most anticipated flagships of 2020. While both new OnePlus phones are yet to be teased officially by the Chinese company, the new models have supposedly been spotted on the website of China's telecom regulator TENAA with 5G support. The OnePlus 8 is believed to have appeared on the online listing with a model number IN2010, whereas the OnePlus 8 Pro is said to have surfaced on the site carrying model number IN2020. In a recent media interview, OnePlus CEO Pete Lau confirmed that the OnePlus 8 series would be an all-5G lineup. The Shenzhen-based company also earlier this week announced the investment of $30 million (roughly Rs. 221.94 crores) for 5G-focussed research and development.

The TENAA site suggests the development of the new OnePlus phones through distinct listings, which have been spotted by tech blog MySmartPrice. While a couple of listings on the site have the model number IN2010 that is supposedly associated with the OnePlus 8, there are two pages carrying the certification details of the model IN2020 that is believed to be the OnePlus 8 Pro.

All the spotted listings on the TENAA site have February 20 as the certification date. This suggests that OnePlus may soon announce the official launch. Further, the new models are listed with 5G support. There aren't any specifications on the site to get an idea about the processor and other hardware available on the phones.

Having said that, the listings show that the OnePlus phones have non-standalone (NSA) and standalone (SA) 5G connectivity alongside supporting 4G LTE.

OnePlus CEO Pete Lau recently highlighted in his interview with CNET that all new OnePlus 8-series phones would be 5G-ready.

“I want to restate our commitment to 5G and our long term investment. We've been investing in 5G for several years and we see this as the direction going forward, and one we're very much committed to,” the executive had said.

Last year, OnePlus India General Manager Vikas Agarwal told Gadgets 360 that the company was ready with 5G devices at the time and had actively been testing them with telecom service providers.

The exact launch date of the OnePlus 8 Pro and OnePlus 8 is unknown. However, the rumour mill suggested that the new phones would arrive as early as April 14. The company is also expected to have the OnePlus 8 Lite in the pipeline that would debut sometime in July.